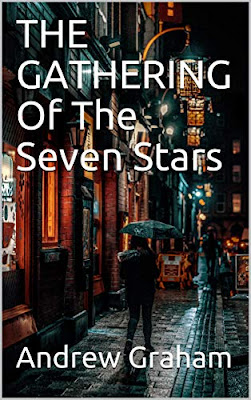 A multi million pound Football betting scam appears to be a front for something much more sinister when a brutally tortured body is discovered. Twelve years earlier Europe's Chinese Communities reported a large increase in crime and disorder and now it's happening all over again. DS Oscar Smiles, returning from compassionate leave must deal with the ghosts from his past and put aside his personal worries as a notorious underworld figure battles with a Triad gang to control the dragon Gate area of Newcastle-upon-Tyne.

An okay January read with some gritty Tyneside set crime involving the city's Chinese community, organised gangs and betting scams. The story itself was okay but would have been enhanced by some careful editing, eliminating a lot of typos and perhaps tightening up the narrative a bit.

I liked the setting for the story with a community within a community - the Chinese, settled and accepted in the city of Newcastle. We have a murder initially and a team of cops investigating. Our main protagonist is DS Oscar Smiles, a capable, likable detective. His boss, Jim McGovern is a bit of a dinosaur with some of his attitudes and opinions belonging to earlier times. He seems just as interested in his next bevvy and dirty story as he is in catching criminals. Smiles likes and respects Jim McGovern and they make a capable team. Smiles is the more acceptable face of 21st century policing.

One murder begats another. I think what I quite liked was the author spent some time introducing us to the characters, so that there was some empathy regarding the murder victims. We also get history and back story for the main characters regarding family tragedy, marital breakups and personal circumstances. All adds some flesh to the bones. Along the way, there's also the possibility of a bit of romance and happiness for Oscar, with one of the characters, peripherically connected to one of the crimes.

There are a few twists and turns with the plot. The increasing number of murders adds plenty of pressure to the police working the cases. Obviously at the end all the why and wherefores are tied up and we get an understanding of the motivations. I could buy what the author was selling here, but I wasn't necessarily stunned or amazed at the raison d'etre or outcome.

Overall - 3 from 5. There's was a half decent story in there trying to get out. Not the worst book I've ever read, but not one I could recommend either. I think it was let down a bit by the numerous typos which proved a little bit distracting the further into the book I got. 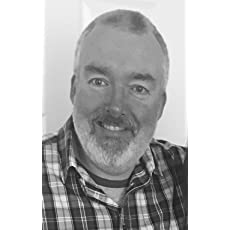 The Gathering of the Seven Stars is Andrew Graham's debut novel.