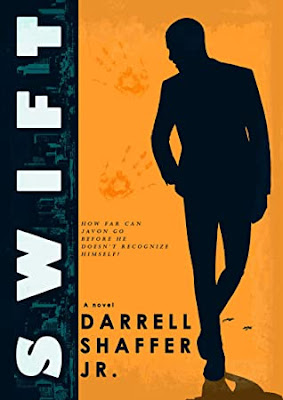 Javon Swift is stuck in a bloody feud for the family business. His uncle Grady has married his mother before his father's body could go cold. Tiffany is a police officer claiming that his father was a confidential informant, and wants him to follow the leader. His best friends are trying to build their own drug empire. It doesn't help that he's fallen in love and has a crooked police officer trying to extort him for his father's hidden stash of money.

All this is going on while Javon is quickly losing track of who he is. He wants out of the drug game, but the only career path in front of him is that of a snitch, a role he doesn't want to play. If he's out, he's going to lose his friends, and he has nowhere to turn. To survive it all, he'll need to go places he's never gone before, and do things he didn't think he was capable of. The question is how far he can go, before he stops recognizing himself?

I'm a sucker for trying new indie/self-published authors. Sometimes it works out well, sometimes it doesn't. This time it did - despite the book suffering from a plethora of avoidable typos.

Decent storyline. A young man, involved in the family business - selling drugs, but given the crappy end of the stick from his resentful uncle - the man who bedded his mother before his father was cold in the ground and who he thinks might be responsible for his father's death.

I quite liked this one. The main character Javon has a lot to contend with. Family-wise there's an obvious rift with his mother. He resents her for picking up with his uncle so soon after his father was killed. His uncle has taken over his father's business and is constantly on Javon's case over money and poor job performance - despite giving Javon a crappy pitch and rubbish product. When Javon shows a bit of an independent streak he's accused of stealing from him. The tension between the two escalates throughout the book and is obviously headed towards a confrontation which will only leave one of the pair standing.

He has some decent friends that look out for each other and in the course of the book he cultivates new ones, while still maintaining the dream of a straight life and some closure on his father's death.

Best book ever? No, but I liked the characters, the set-up, the fast-pace, the action, the connections and conflicts on display, the involvement of the cops - good and bad and the outcome. Just a bit let down by some careless proof reading or editing. I can forgive the odd typo and grammatical error, but there's more than one or two to contend with here. 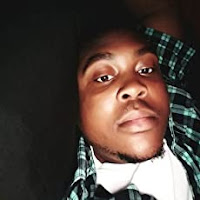