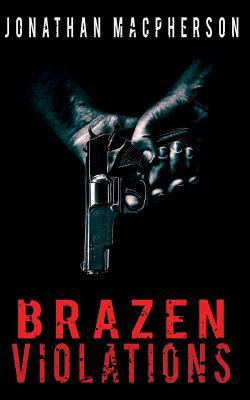 Synopsis/blurb....
Would you turn criminal to save a child?
"Truly inventive, very compelling, original and exciting"– David Caesar, Director Dirty Deeds.
Desperate to save his dying nephew, Mitch Walker agrees to commit a dangerous crime, in exchange for life-saving medicine. But things go horribly wrong and he sets off a chain reaction of kidnapping, carnage and chaos. Hunted by ruthless criminals, Mitch's only hope is a cop named Betts, who wants him behind bars. But the game is about to change.
If you love a fast paced, action packed thriller, Buy BRAZEN VIOLATIONS today.
"Exhilarating and intense, this dynamite debut is loaded with thrills and wicked fun!"--goodreads review.
"A cracking tale taking the crime genre kicking and bleeding into the 21st Century via some high-tech twists that will leave you squirming and cringing in your seat." -- Amazon Customer
"Original, exciting and most of all fun" -- David Caesar, film director.
Another one read a while back and enjoyed - mostly. It did have some moments which caused my eyeballs to roll to the back of my head. Repeatedly.
Top marks though for originality and likable characters and an entertaining plot.
Mitch Walker's nephew is dying unless he receives mega-expensive treatment that his sister can't afford. Previously, law abiding Mitch hooks up with some smugglers to do a drugs run, thus financing the access to the medication needed to keep the boy alive.
Mitch gets caught and is hospitalised. Under arrest, his criminal associates, fearful of him talking, rip up their agreement and try to kill him. A cop is caught in the middle - he wants the drugs gang, he wants Mitch, but he is sympathetic to the plight of the sick boy, the unwitting cause of all the strife in the book.
Fast moving plot, plenty of twists and turns. The means of smuggling is quite inventive. The author's wacky imagination also comes to the fore with the crims turing the tables on the cop hunting them. There's a slight stretch of credibility involved, but I was happy enough to go along with it.
It's a busy book.....plane trips, operations, exploding breasts, cops vs crazy crims, crims vs former associates, drugs, scams, CCTV with a difference, hit men, kidnapping, a sick boy, a distraught desperate family, a boat trip and an overlong shoot out to settle things at the end.
The climax was definitely another stretch. I did wonder if one of the combatants was ever actually going to die. She was either a zombie or some latest upgrade on a Terminator. I was happy enough to give the author some leeway from the odd preposterous liberty, but at the end it was just one too many.
More to like than dislike overall. Not especially realistic, fun was had upto a point and I've read a lot worse in my time. I'd be happy to give the author another go in the future. 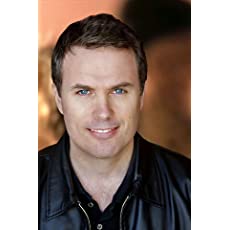