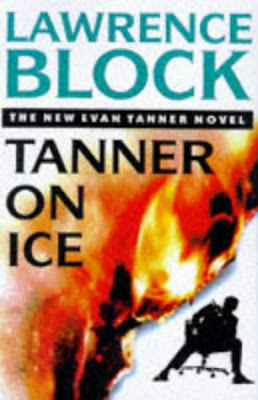 Synopsis/blurb....
Evan Tanner is a globetrotting adventurer to put Indiana Jones in the shade. Not only has he had his sleep centre destroyed in the Korean War but now he has been on extended vacation ... in the deep freeze for over 25 years!
Thawed but not shaken, Tanner has a lot of catching up to do. No sooner than he's reacquainted himself with Minna, his 'adopted daughter'  and now a beautiful woman and mastered the Internet, than he is recruited for another covert assignment - to destabilise the government of Burma (or should that be Myanmar?) and he finds himself in Rangoon (or is that Yangon?).
Mix in exotic surrounding, an exiled Russian beauty, foreign intrigue, cross and double cross, a mysterious dead man and you have an edgy and entertaining puzzle that only Lawrence Block could have created.
The eighth and last Evan Tanner mystery, Tanner on Ice was an enjoyable read a few months after the seventh was devoured. Thankfully this time there were none of the irritating and odd troubling episodes from the earlier books where Tanner has inappropriate dalliances with some of the fairer sex. I'm far from a prude, but really? This time the dalliances occur but with an age acceptable companion.
In brief.... Tanner after getting himself defrosted catches up with his old handler, his sort of daughter and a quarter century of political events and upheavals and embarks on a mission to Burma.
The usual shenanigans occur.... death threats, surveillance, spy stuff, dead bodies, temple visits, drug plants, encounters with the police, imprisonment, escape, romance and a long walk to freedom disguised as a Buddhist monk.
A good fun read, with humour, snappy dialogue, action, incident, sex, social commentary (albeit a wee bit out of date) in an exotic setting. Top notch entertainment.
I must have read over 50 Lawrence Block books of various types and lengths in every format possible since I started recording my reads back in 2012. With the odd exception, I pretty much love everything of his I've encountered.
One series - Evan Tanner - has now been conquered. Scudder, Keller, Bernie and Chip await.
4 from 5
The earlier Evan Tanner book enjoyed books were...... 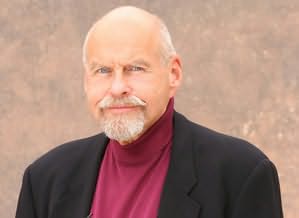