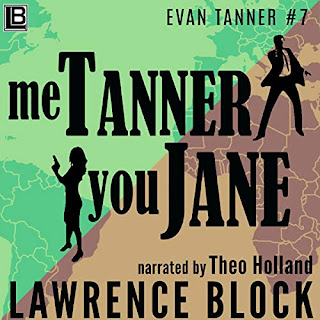 It's a jungle out there.

Literally. At least for Evan Tanner, an eternally sleepless, sometime super spy, who finds himself in Africa on the trail of the AWOL ruler of tiny Modonoland. It seems the petty despot's gone missing, and he's taken the state treasury along with him.

No stranger to impossible missions and international peril, Tanner's been in over his head before. This time, however, he's in imminent danger of being buried alive. And it all has to do with the CIA, white supremacists, moderate revolutionaries...and a blond jungle bombshell named (no joke!) Sheena.

Tanner's always been a sucker for a pretty face and a curvaceous body, especially one that's wrapped in leopard skin. But this red-hot renegade daughter of a local missionary is a man-eater.

Which means this time Tanner's goose is well and truly cooked.

One I was enjoying, particularly after the fun opening with Evan Tanner buried alive and then somewhat implausibly digging himself to safety, but which then nose-dived in my estimation after Tanner does something totally abhorrent and unforgivable in my eyes.

I finished the book a month ago and I'm still shaking my head in disappointment. I don't even know why I'm bothered so much..... it's a bloody book written fifty years ago and it's all made up and it never happened. There's a cultural context to the act, especially from his willing partner's viewpoint but I still can't get past it. If there's a minor consolation, Tanner himself is appalled when realisation dawns. We're all flawed, we all make mistakes, we transgress, we learn, we forgive - ourselves and others, we grow, we move on.....but I ferkin hate it when a hero lets himself and me down.

I kind of wonder if Block every so often just pulls the pin on a hand grenade and throws it at his readers to blast them out of their comfort zone and make them pay attention.

The rest of the book - a trip into the wilds of a fictional country in Africa to rescue a leader and an American agent barely registered. 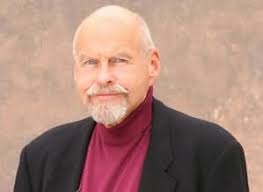 Me Tanner, You Jane is the 7th in the series. I will be reading the last - Tanner on Ice at some point. It was written nearly 30 years after this one, giving Tanner over a quarter of a century to think about his behaviour and repent.

The earlier books are......
The Thief Who Couldn't Sleep, The Canceled Czech, Tanner's Twelve Swingers, The Scoreless Thai, Tanner's Tiger and Tanner's Virgin