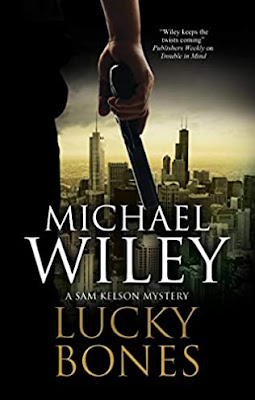 A case of stolen shoes leads maverick Chicago PI Sam Kelson into something far darker and deeper in the second of this hardhitting crime noir series.

"My boyfriend's been stealing my Jimmy Choos." Genevieve Bower has hired private investigator Sam Kelson to recover her stolen shoes from her soon-to-be-ex-boyfriend. The problem is that no one's seen Genevieve's boyfriend for the past two weeks.

Events take a disturbing twist when, in his search for the shoes, Kelson comes across a body, shot in the head. A clear-cut case of suicide - or is it? Has Kelson's client been wholly honest with him? What is this case really about?

At the same time, an explosion rips through one of the city's public libraries, leaving a friend's nephew critically injured. Could there be a connection? If there is, Kelson's determined to find it. But Kelson's not like other investigators. Taking a bullet in the brain during his former career as a Chicago cop, he suffers from disinhibition: he cannot keep silent or tell lies when questioned - and his involuntary outspokenness is about to lead him into dangerous waters . . .

The second in author Michael Wiley's Sam Kelson series, following on from Trouble in Mind which I enjoyed recently, and I liked this one about the same.

An oddball PI with an unhelpful affliction gets sucked into a case involving missing shoes which rapidly escalates...... a dead body which disappears, after which a bomb kills his friend's nephew, then morphs into a battle with a rich, powerful, dysfunctional and deeply perverted family of investors-cum-shysters-cum-money launderers. Kelson's investigation obviously has a crossover, with the police looking into things as well.

Busy, plenty going on, danger, death, sex, an investigation and more, but one which was a bit tiresome after a while. I kind of get frustrated with the PI investigation where the client is evasive or lies or only telling half truths, not so much as a means of the author keeping the reader on his toes and guessing, but from the reluctance of the PI to tell the client to fuck off and do one, as opposed to sucking it up, getting played for a fool and continuing with the investigation. Maybe my idiot tolerance threshold is lower than the average dick?

I liked the Chicago setting, I liked the reappearance of characters which featured in the first book - namely Kelson (obvs), his daughter and ex-wife, his friends - (names escapes me) and the police detectives. Kelson's disinhibition continues to provide scope for some lighter comedic moments. 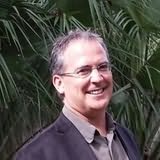 Overall, more to like than take issue with. I think I'd have to give serious thought to whether I would be bothered reading a new book with Kelson, but I do want to continue reading Michael Wiley, but his earlier books for now.