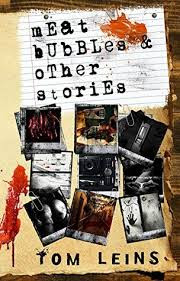 Still licking his wounds after the brutal events of SKULL MEAT, Paignton private investigator Joe Rey is reluctant to take on another case that could have violent repercussions. However, a lucrative pay-day from a soon-to-retire cop tests his resolve, and Rey quickly finds himself on the trail of a deranged plastic surgeon with a queasy line in body modification procedures. Over the course of a long, bloody summer, Rey tangles with rogue ex-cops, suburban hitmen, neo-Nazi scumbags and even Paignton’s richest man – a notorious hoarder of unknown horrors. It’s a dirty job, but someone’s got to do it…

"Welcome to the nightmare factory - there's dark and then there's Tom Leins' Paignton... By parts a mix of the brutality of Hubert Selby Jr and the pure noir-ish banter of Ray Banks with more than a dash of the good old ultra-violence. Thirteen brutal shorts and then the extended nightmare of Snuff Racket. You'd have to go a long way to beat the sheer violence, brutality, humour and brilliance of Meat Bubbles."

A book I really enjoyed, but which I'd struggle to recommend to any mainstream reader. I can't see myself buying a copy for my mum or my sister, though it would be interesting to be a fly on the wall to try and gauge their reaction to Leins' prose and his skewed presentation of the good folk of Paignton. I know far better than to present one to my wife.

I think what really stands out for me is the lack of normal people in his books. They just don't figure. Pretty much everyone is damaged, or hurting, downtrodden and for the most part emotionally broken and crushed. Those that aren't are the abusers, the ones in power, the kings of the dirty castle, the moneyed, the corrupt and the morally bankrupt. A few are survivors - enter Joe Rey - the linchpin of our connected shorts and episodes and our main focus.

Rey's the go to guy if you want something found - a missing person, or a rare snuff film. He's the closest thing Paignton has to a moral compass and the best hope it possesses for if not justice, some form of violent restitution.

I think where it scores for me is that given the material it should be extremely bleak and depressing, but with Leins deft hand at the wheel it isn't. There's a lighter touch at play. Not full blown comedy more nervous laughter, with a certain je ne sais quoi to his prose which elevates it back out of the gutter and gives it a freshness.

He definitely has a unique turn of phrase

...a cinderblock cesspool, full of smut-hounds trying to slip a finger into Paignton's ripped backside... 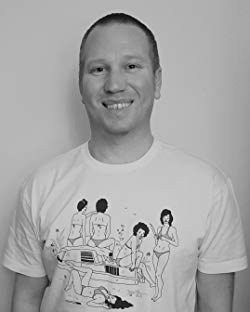 ...the stain on my pillowcase looks like a shadow on a diseased lung.

It's hard to articulate just exactly what I like about these stories.... I'm entertained, I'm thrilled, I'm appalled, I'm amused, I'm disgusted and I'm hooked.

Read in September, 2018
Published - 2018
Page count - 213
Source - review copy received from Henry at publisher Near to the Knuckle
Format - PDF

* Meat Bubbles and Other Stories includes Snuff Racket also available on it's own.