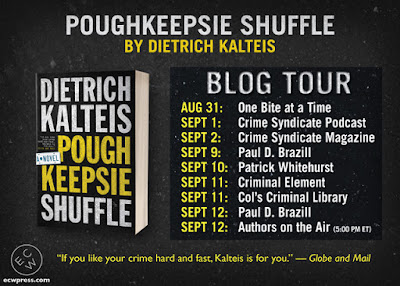 Blog favourite, Dietrich Kalteis is back talking about his sixth book - Poughkeepsie Shuffle which drops today..... 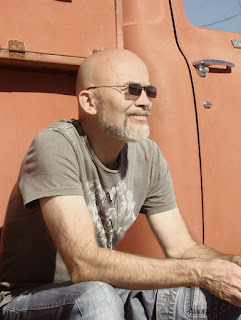 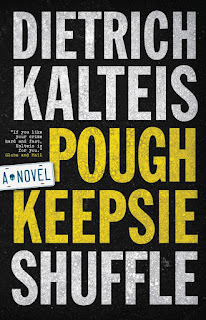 Publication day for Poughkeepsie Shuffle - can you pitch the book to potential readers in 50 words or less please?

Ex-con Jeff Nichols is discontent with his used-car sales job. Not one to let past mistakes stand in the way of a good score, he gets involved with running guns. And as things spin out of control, Jeff hangs on, determined to not let anything stop him from hitting the motherlode.

What was the germ or spark for this latest offering?

The story takes place in Toronto in the mid-eighties. It’s where I grew up, and as I usually visit every year, I’m amazed at how much the city has changed since those days. Urban expansion, taller buildings springing up, with widening roadways, some that didn’t exist at all when I lived there. It’s still a great city, but, it’s sad to see some of the places l remember torn away. So, I wanted to bring some of that back, weaving in those sights and sounds of a grittier, but character-filled Toronto, the way I remember it back in those days.

The city sits across the lake from Niagara and Buffalo, with easy access to the US, making it the perfect setting for a story revolving around gun smuggling. After I read a news story a couple of years ago about a gunrunning ring that operated between upstate New York and Ontario, my story took shape. Another element that worked into it was the increasing gang violence that I remember hearing about on the radio and reading about in the papers.

Why Poughkeepsie? Do you have a connection to the city?
(Poughkeepsie is a city in New York State’s Hudson Valley. The waterfront Mid-Hudson Children’s Museum has science, art and literacy exhibits. Once a railroad bridge, the Walkway Over the Hudson has views of the Catskill Mountains and the Hudson River. It links to the Dutchess Rail Trail, a path through the Hudson Valley. North, the Home of Franklin D. Roosevelt National Historic Site includes a library and museum.)

Poughkeepsie is this picturesque town along the Hudson River, in New York state, about a seven-hour car ride southeast from Toronto. I’ve driven through the area a number of times, and it’s a beautiful, peaceful place with a lot of history. And I thought its small size and sleepy setting offered a good fictitious base for an operation smuggling guns into Canada.

Did you take a field trip, or could you do all your research from the comfort of your own home?

A lot of it came from memory, but I did quite a bit of research too, sifting through newspaper archives, histories and photos. I relied on memory primarily for color, adding the kind of things that can’t be researched, and I researched for what lent authenticity and accuracy to the story.

The most important thing I’ve learned about research is to leave most of it out. Sometimes I turn up all these fantastic details, and I have to decide what to put in and what to toss out. There’s this fine line between making a story believable and dragging its pace with too much information.

Roughly speaking, what was the timescale from the first pen or key stroke on this one to the last tweak? Was there much tinkering or re-writing needed?

Poughkeepsie Shuffle took under a year to complete. The first draft was done in a couple of months, during which time I got to know my characters and develop the story. Then I reworked a second draft, smoothing out some scenes, deleting others, sharpening dialog and so on. After that, I did a timeline, making sure the sequence of events worked. Then I set it aside for a week or so before giving the whole thing a final polish. I don’t have a set rule as to how much time or how many drafts it takes to finish a novel, I just know when I’m done. Sometimes I nail it in three drafts, sometimes it takes four.

I'm slightly curious, as a published author was there much of a delay between you signing off on this one and it seeing the light of day?
Presumably you're hard at work on your next one, do you find it strange back-tracking and promoting last year's child? Is it not like picking up and putting on a pair of dirty socks?

Once accepted by my publisher, ECW Press, the book was assigned a publishing date. Then came the editing and copy editing. A cover was designed and a marketing plan was laid out. By the time the final book went to press, the better part of another year had gone by.

Once a story leaves my desk, I’m working on the next one, putting the completed one out of mind until it comes back from my editor. That works since it lets me look at the first story more objectively having been away from it for a longer period. It doesn’t feel like backtracking since it gives me a final chance to improve it and catch anything that slipped by.

It's your sixth novel and you've been churning them out regular as clockwork - one a year (two in 2016) since 2014, no problem with writer's block then?

I’ve never had writer’s block, although depending on what’s going on at any point in time, I may get distracted by real life, so I might have less focus and time for my imaginary world. I try not to worry about it too much; I don’t adhere to a quota of a minimum of words or pages per day. I just show up every morning and do my best, and most of the time I get right into it, and I write until noon, and sometimes later.

Back-tracking on my notes from your earlier books, the first three were set present day, House of Blazes in the early 1900s, last year's Zero Avenue was the 70s and this one is in the 80s. Are you gradually working your way back to present times?

The next one to be published is set in the late 30s, and the one I’m currently working on is set in the early 70s, so no there’s no pattern.Time is just part of the setting, and I choose an era I think will work best for a particular story. Sometimes present time seems right, and sometimes the past gives a particular story something special.

What can we look forward to next in 2019? Any hints or teasers?

Call Down the Thunder (the one set in the 30s) will be out in 2019, although I’m not sure of the exact pub date yet. The story centers around a young married couple who come up with a hell of a way to survive the hard times during the dustbowl days of Kansas.

I also have a short story called “Bottom Dollar” included in the Vancouver Noir anthology by Akashic Books, coming out this November.

And at 7 Criminal Minds:
http://www.7criminalminds.blogspot.ca/ 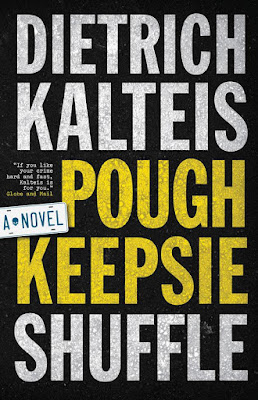 Jeff Nichols - a man strong of conviction but weak of character - is fresh out of the Don Jail, looking for work - any kind of work - and a way back into Ann Ryan's good graces. She waited for his return from prison but is quickly running short on patience. An ex-inmate and friend gets Jeff a job at Ted Bracey's used car lot, selling cars for commission only. But it's not enough to keep him and Ann afloat in mid-80s Toronto, and the lure of easy money soon gets Jeff involved in smuggling guns from upstate New York. With that sweet Poughkeepsie cash, now he can keep his promises to Ann; he even buys them a house, but conceals the source of the money. As Jeff gets in deeper and deeper, everyone around him learns how many rules he's willing to bend and just how far he'll go to get on the fast track to riches. That he's a guy who doesn't let lessons from past mistakes get in the way of a good score.

Dietrich and his books previously on the blog....