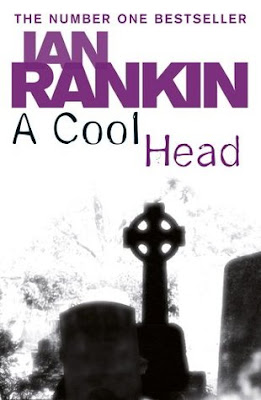 "My dad used to say to me, 'Try to keep a cool head and a warm heart'. At least I think it was my dad. I don't really remember him."

Gravy worked in the graveyard - hence the name. He was having a normal day until his friend Benjy turned up in a car Gravy didn't recognise. Benjy had a bullet hole in his chest, but lived just long enough to ask Gravy to hide him and look after his gun. Gravy had looked after things for Benjy before, but never a gun. When Gravy looked in the car he found blood, a balaclava and a bag stuffed with money.

Gravy's not too bright but he wants to help his friend. So Gravy finds himself caught up in the middle of a robbery gone wrong, a woman who witnessed a murder, and some very unpleasant men who will do anything to get back the money Benjy stole...

Another quick September read, most of it caned during a work's lunch break and a gentle reminder that I ought to read something a bit more weighty from one of Scotland's premier crime fiction authors.

A Cool Head is a publication in the Quick Reads programme designed to encourage people who have never had or who have lost the reading habit to pick up a book - a worthy endeavour.

It's probably not Rankin's finest or most complex work but it zipped along at a decent clip and entertained well enough.

We have a botched robbery and the soon to be dead culprit palming off the money and a gun on a simpleton friend, Gravy. The rest of the book mainly details the attempts to recover the cash from the criminals it was stolen from, an added complication being that the lead guy tracking it down, knows who committed the robbery and the revelation of such a fact is going to cause him major problems with his employers. 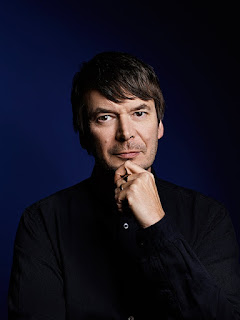 There's a few other off-shoots and strands and enough flesh on the bones of the story to give it a bit of substance.

We have in no particular order.... a Glaswegian graveyard (I think), a criminal family, a scrapyard, a couple of loyal henchmen, a dodgy councillor, a corpse or two, three when back-tracking, a reluctant witness, some health issues, police involvement, a big bag of cash, a bewildered unfortunate easily manipulated, an honest wife, two investigations - one official, one damage limitation, an Edinburgh hotel, and a sense of opportunity for one of the above.

Never dull, and all parceled up nicely at the end.