MICHELLE DUNNE - WHILE NOBODY IS WATCHING (2020) 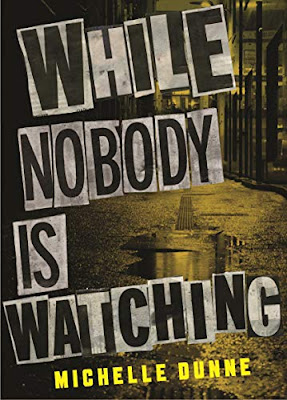 A powerful novel which I'm not ashamed to admit, brought me close to tears on several occasions.

I think the book worked for me on two levels. Firstly, there's a mystery to be solved. Lindsey Ryan, our main protagonist is in danger. Someone is out to get her. Lindsey initially has suspicions and a heightened spidey sense of being followed and the paranoia of maybe imagining it. Events escalate throughout the book, definite confirmation and increasing threats, vandalism and physical attack with a more permanent fate in mind for her from her enemy.

Initially reluctant to involve the police or share with her ex-army friends, during the course of the book, Lindsey comes to rely more on people and become less isolated and solitary, though she's still extremely private and independent. There are a few candidates for stalker-cum-killer which come in and out of focus throughout the book, before the identity of the actual threat is revealed. I enjoyed this aspect of the book and the plot held together. I was surprised by the culprit, but didn't feel as if the author had cheated on me in the set up. I just honestly hadn't considered them as a possibility.

The other elements of the tale which had a deeper affect on me was the generosity of spirit, the warmth, the compassion and the humanity on display from more than one broken and damaged character. And without sounding like a pseudo knit-your-own-yoghurt hippy there's also the healing powers of the countryside, the mountains, the fresh air, the exercise, the get away from it all peace of nature vibe, which from personal experience I can testify does wonders for mental health.

Back to the characters....

Lindsey herself, working with troubled and wayward youth...... guiding, supporting, mentoring, listening, caring - all maybe part of an unconscious therapy for herself, deflecting attention from her own problems and issues and giving herself time to heal. But how can you ask a teenager to trust you if you aren't willing to open yourself up to others?

Kathleen, the quayside whore, doing what she has to do to survive but retaining compassion for a broken soul.

Sheila, the kitchen help at the youth centre, devoted to the children and putting in long hours and hard miles for the sake of the youngsters. A mother hen to Lindsey, with a warm word or a harsh one depending on the circumstances.

Mr Hennessy, the kindly neighbour; Sinead, the Garda and her colleague; Jason - the caring paramedic; Adam - the gym owning ex-army best friend and guardian angel.... all offering friendship, love, support, advice, all non-judgemental and all proferred without calculating a return for their efforts.

Lastly, Frank the dog. Loyal, brave, obedient and sensitive to Lindsey's moods and what she needs. How can I not love Frank when our own family dog is the named the same. If only my Frank was like her Frank...... 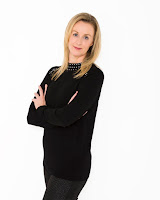 Lots to like here - a story with an interesting problem to be solved, some PTSD on the loose and at large, plenty of raw emotion and current day issues rearing their ugly heads... drugs, family problems, abuse, a lack of hope and direction, intriguing characters, a Cork setting and not over long.

Hopefully, Michelle Dunne will have a second Lindsey Ryan book coming down the pike at some point.