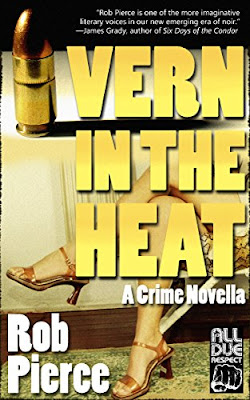 Vern is a dangerous man—he makes illegal exchanges safe. Until someone tries to rip off a drug deal he’s working and he gets blamed. Now both gangs involved are after him, including the one he works for. And he’s going to clear his name, no matter who he has to kill in the process.

Praise for VERN IN THE HEAT:

“Rob Pierce is one of the more imaginative literary voices in our new emerging era of noir.” —James Grady, author of Six Days of the Condor

“Rob Pierce is a new talent that cuts deep into the underbelly of society and rips the guts and heart out of his protagonist.” —Lou Boxer, Noircon

Third outing with author Rob Pierce after enjoying Tommy Shakes earlier this year and Uncle Dust prior to that. I enjoyed it but it's my least favourite of his so far.

All the usual themes that I enjoy were present....... a law breaker and outlaw as a main character, a drug deal going wrong, deceit and a double cross, beer, heat, some conflict at play and a few issues to be settled with thought, applied intellect, negotiation and no little measures of violence before our main man Vern gets things back into what passes for kilter in a gangster's world. Along the way he has old flame Deria as a partner..... sex, romance,  and maybe love for our modern day Bonnie and Clyde. 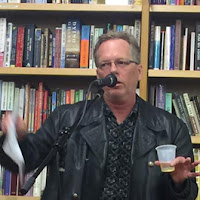 I think what I was missing was some real empathy or connection that made me concerned with Vern and the overall outcome.