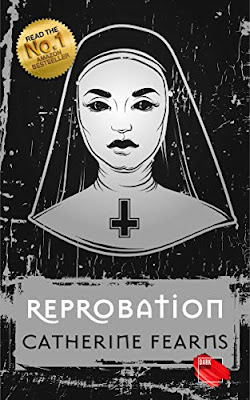 A decent series opener from Catherine Fearns featuring a rookie homicide detective and his attentive sidekick, a Norwegian death metal singer and our main character - Helen Hope, a Calvinist nun, currently undergoing a crisis of faith. Or at least extreme doubts over her vocation. Lead me not into temptation.

A body is found on Formby beach, posed as a crucifixion with some accompanying bible verses. The Calvinist convent is just up the road and after a hop, skip and a jump the lead detective, Darren Swift, along with colleague Colette Quinn pay a visit to see if they can gain some insight from the message left. Helen Hope is an expert in the field of scripture among other things.

A curiosity is awoken in our nun and after some internet research, before too long she's letting down her hair and attending death metal concerts and going on road trips with the band, while falling a little bit for lead singer and pretend Satanist, Mikko. The pair of them investigate the crime in their own fashion, while peripherally on the radar as police suspects.

A missing researcher with some extreme beliefs, a playboy, a rock group, a criminal family with a missing nephew, an amputated foot, a drug addled waif, heavily pregnant to boot, a past mistake to be atoned and permanently punished for, a need to prove oneself, self-doubt, some reckless behaviour, a bridge jumper and a lot more besides.

Quite a busy book with an interesting cast of characters. The two main focuses Helen Hope and Darren Swift are each dealing with doubts and a lack of faith, albeit coming from opposite ends of the spectrum. 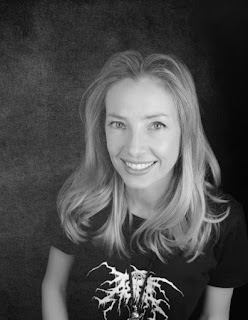 I quite liked the peek into the belief systems and dogma of the Calvinist faith, something I was ignorant of before. I enjoyed the backdrop of a semi-isolatied religious community and the pressures within the society..... future funding, a decline in recruitment and an aging population. I do like a Liverpool setting as well.

Lots to like and a series I'm looking forward to reading more from in the future. Reprobation is followed by Consuming Fire and Sound.

Read - May, 2020
Published - 2018
Page count - 212
Source - author giveaway, though I did already have a purchased Kindle copy on the pile
Format - paperback