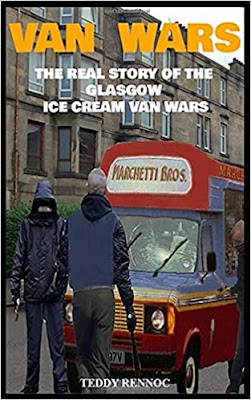 The real story of the Glasgow Ice Cream Van Wars. In Glasgow in the 1980s, you could earn more money selling Ice Cream than you could from selling drugs. The lack of shops in the vast run-down housing estates with thousands of families with money to spend was a captured market providing a very good living for the Italian families who controlled the Ice cream trade in Glasgow. Tam McGraw was building a reputation as an up and coming gangster who led a team who specialised in post office, factory, and cash and carry raids throughout Scotland. He stumbled across the vast profits to be made in the Ice Cream trade by accident while on a raid on the premises of Marchetti brothers cash and carry. Tam McGraw decided that night that he could earn a lot more money a much easier way than robberies. He was going to take over the Ice Cream trade in Glasgow. But first Tam had to test the strength of the Italians and the reaction of the police. So he started with Carntyne one of Marchetti's most lucrative routes. McGraw went for the jugular right from the start. He knew Marchetti would not give in easily, they would try and defend their territory, but they were about to suffer brutality and destruction that they could never have imagined in their wildest nightmares. McGraw planned to be the Ice Cream King of Scotland, and Carntyne is where he would lay the foundations of his throne. Nothing or no one would stand in his way. This is the story of the start of the Ice Cream Wars. Written in a broad Glaswegian dialect with a lot of swearing, the author writes as he speaks. This book might not be suitable for those who prefer perfect grammar and proper English. Violent with a splash of humour, I am sure you will find it an enjoyable read. Teddy Rennoc.

An enjoyable memoir from Teddy Rennoc, recounting his time as an ice cream van man back in the 80s - a simpler time, but a time of violence, beatings, police intimidation, turf wars, criminality and money.

Teddy gets the chance to have his own van and be his own man, albeit with a few strings attached and once he's paid off and bought out his silent partners. A couple of shady characters set him up with a van and send him in rival territory in order to break the grip of the dominant Marchetti family in Glasgow. Ice creams = big money and profits and Rennoc's backers fancy a share of it.

I enjoyed Teddy's story. He'd be the first to admit that he's not the best writer in the world, but I was massively entertained by his tale. From his first job, earning a few quid as an assistant on a van part time, to being on the front line at the start of a vicious rivalry. His early naivety is soon dispelled as he toughens up. You can't help but marvel at Teddy, as day after day he takes his van onto rival turf, knowing that confrontation of some sort is inevitable. Big balls or what. 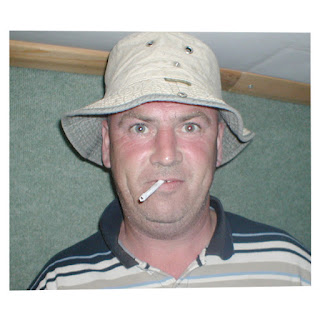 After reading this I was minded to find out a bit more about the tragedy that Rennoc discussses towards the end of the book. One of his original backers was convicted of the crime and spent 20 years in prison, before his conviction was over-turned.

Despite the violence and brutality displayed in the book, none of which Teddy was directly involved in, there's also a lot of humour and warmth on display. Best book ever? No, but an enjoyable couple of days reading.