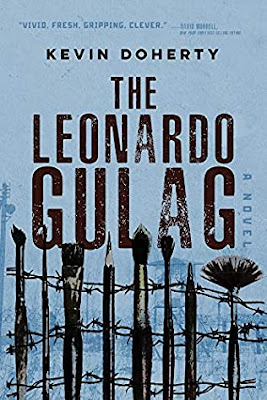 Stalin's Russia, 1950. Brilliant young artist Pasha Kalmenov is arrested and sent without trial to a forced-labor camp in the Arctic gulag. This is a camp like no other. Although conditions are harsh and degrading, the prisoners are not to be worked to death in a coal mine or on a construction project. Their task is to forge the drawings of Leonardo da Vinci. There is a high price to be paid for failing to reach the required standard of perfection; particularly as the camp commandant has his own secret agenda. When the executions begin, Pasha realizes that only his artistic talent can protect him. But for how long? Worse horrors are to come—if he survives them, will life still be worth living?

The Leonardo Gulag journeys to the sinister heart of Stalin's regime of terror, where paranoia reigns and no one is safe, and in which the whims of one man determine the fate of millions. Ultimately, the novel presents a moving portrait of the indomitability of the human spirit.

Lots to like here with a captivating trip to Stalin's Russia in the 50s. A young man and talented artist and the main focus of the book, Pasha gets arrested and transported to Siberia along with a train-load of other artist types. Why? Well its Stalin's Russia - explanations aren't immediately forthcoming.

After a long and difficult journey, they arrive at an isolated camp in the Arctic. They are to recreate the drawings of Da Vinci, part of a top secret project and one with repercussions for the small band of surviving artists and those with knowledge of the project after Stalin's death.

I really got swept up in this one. There's a great sense of time and place with Doherty transporting this reader to the cold harsh landscape of Siberia. Isolation, separation, cold, snow, sub zero temperatures, misery, loss of family, new surroundings, new friendships and alliances, group factions among the artists and distrust, forgery, a cull, another cull, abuse of power and helplessness with female inmates forced to have sex with the camp commandant, wolves, death, the Cold War, Anthony Blunt, treachery, the Queen's pictures, theft, politics, cleaning house, escape and a lot more.

I liked how the author conveyed the times and illustrated the supreme power of the state over the individual ... the insignificance of self, the importance of serving the system, the lack of value attributed to people, the suspicion and distrust of strangers and even neighbours and friends. 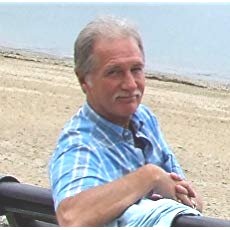 This is then contrasted with Pasha's relationships within the camp with his new best friends (names escape me), the love of family, memories of the past, the constant searching by his mother to discover his whereabouts, the help he finds when fleeing the destruction of the camp and his subsequent quest to reach the West.

I enjoyed both the fictional and real historic characters and events that were woven into the book.
I'm not usually a massive fan of historical fiction but more books like this one and I may well be a convert.