Week 11 on my alphabetical journey through my collection of books and it's the turn of the Ks.

Danny King it is and one of his standalone novels which might be more of a laddish book than crime.

I did enjoy a few entries in King's series of diary books many years ago....... Burglar, Pornographer, Hitman and Bank Robber. 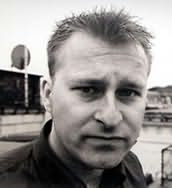 Jonathon King - an American author and not the dirty, disgusting paedophile DJ - has a seven book series featuring Max Freeman under his belt. Pretty sure I've read and enjoyed one of them a few years ago - the title of which escapes me.

Acts of Nature is the fifth. I do like books set in Florida. 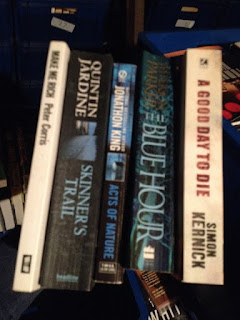 
Craving some quiet time together, Max Freeman and Detective Sherry Richards retreat to Max's shack deep in the Florida Everglades. No television. No cell phones. No neighbors. It seems like the perfect getaway until a violent hurricane rips through South Florida, obliterating everything in its path. And that is just the beginning of the nightmare. With Sherry severely injured and no way to call for help, the couple begins a treacherous trip back to civilization only to find that the hurricane's devastation is the least of their worries. The isolation they sought becomes a deadly enemy as undesirables invade the Glades. Some have come to pillage and loot what remains, while others are desperate to protect secrets. All are willing to kill to get what they came for, and Max and Sherry are smack in the line of fire. Evoca- tive and gripping, Acts of Nature traces their race against time and the elements to escape before it's too late.

Funny enough I haven't come across any Korean crime fiction authors in my collection of books so far, I'm sure there are some out there. Next best thing is a police detective series with the unlikely setting of North Korea

Author James Church (a pseudonym) is an American and a former Western intelligence officer. He has six books in his Inspector O series, which provide "a vivid window into a mysterious country". 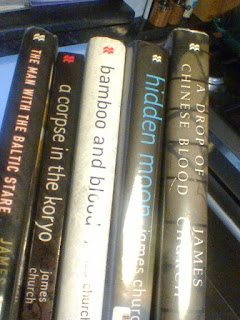 A Corpse in the Koryo is the first in the series.

Sit on a quiet hillside at dawn among the wildflowers; take a picture of a car coming up a deserted highway from the south.

Simple orders for Inspector O, until he realizes they have led him far, far off his department's turf and into a maelstrom of betrayal and death. North Korea's leaders are desperate to hunt down and eliminate anyone who knows too much about a series of decade's-old kidnappings and murders---and Inspector O discovers too late he has been sent into the chaos. This is a world where nothing works as it should, where the crimes of the past haunt the present, and where even the shadows are real.
Author James Church weaves a story with beautifully spare prose and layered descriptions of a country and a people he knows by heart after decades as an intelligence officer.

“Inspector O is completely believable and sympathetic . . . The writing is superb, too . . . richly layered and visually evocative.” 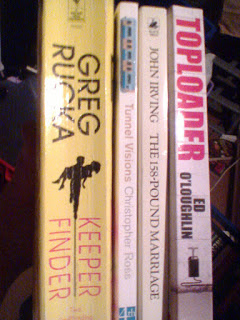 In a heartbeat, a crowded auditorium or a city street can become a killzone, where life and death are separated by a split second. For AtticusKodiak, professional bodyguard, the object is to keep people alive, and thereis no margin for error. Now Kodiak faces his toughest challenge: to protect awoman and her daughter from a killer with a fanatic agenda of his own....
Tense, taut, and as brutally real as this morning's headlines, "Keeper" marks the debut of a talented young writer of tough, unflinching prose--and thebeginning of an electrifying new series.