SCOTT McKENZIE - DRAWING DEAD: A TALE OF POKER AND VAMPIRES (2014) 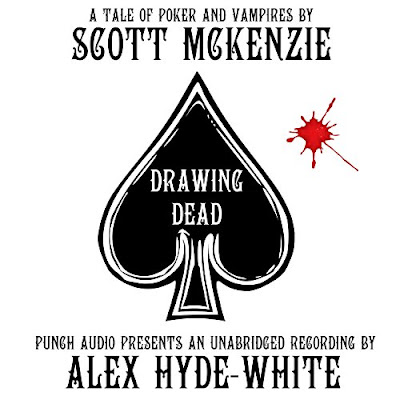 Eddie Nelson is a professional poker player, testing his skills in Las Vegas at the World Series of Poker for the first time. Unfortunately, he's on the worst run of his life and can't afford his buy-in to the Main Event. Then he meets a shadowy figure called Raphael who offers to back him for a fifty-fifty split of any winnings. But if he loses, he has to play in a private tournament of Raphael's choosing...

Drawing Dead is a tale of poker and vampires by Scott McKenzie, author of One Day in Gitmo Nation, Death by Autopen and Rebirth.

I read this one a few years back and enjoyed it. With an Audible edition somehow in my library, I thought I could stand re-visiting this 90 page novella.

Not usually one for vampires here the story worked for me. I think what I particularly liked most was McKenzie's depiction of how Eddie Nelson fell into full-time gambling. A passing interest, turning into an online obsession - the lost hours, the secret nature developing, the damage to a relationship, the loss of employment - all of them happening but less damaging at the time to Eddie because it's all on the up and up. He's winning, he's making a name for himself and he has ambitions.

Cue Vegas and a continuation of the good times before the inevitable crash and burn and with a new backer and a second chance, though whether it's all for the good is debatable. A second important character gets introduced near the end - a female version of Eddie and the cycle begins to repeat.

There's a lot of tension on display as Eddie navigates his high-stakes poker games. I got the gist of most of the action but some of the rules regarding Texas Holdem kind of eluded me and TBH I've zero interest in digging in to find out more. I kind of think I'd rather undergo root canal surgery without anaesthetic that take a trip to Las Vegas and the gaudy strip and casinos. But hey that's just me.

I quite liked the narration, though maybe the Manc accent wasn't quite nailed on. 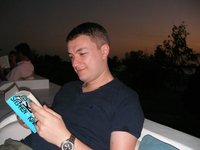 
A bit off the usual track as far as my reading tastes are concerned, but an enjoyable 90 page excursion to Vegas in the company of an aspiring poker professional.

I do like books that delve into the mindset of the gambler, whether it’s the suave, ice-in-the-blood professional with the stony countenance, or the sweaty, fidgety, small stakes hustler whose life flashes before him as he desperately awaits the turn of the final card, bringing either temporary salvation or ruin.

I’m less fond of vampires myself, but it was an interesting tale, well told and it kept my attention. Great setting with the bright lights and strip well described, as well as the seedier side away from the glamour of the big casinos. I got a feel for Eddie’s hopes and dreams and fortunes which rose and fell on the turn of the cards. Our poker games were explained and strategized as the hands unfolded, with McKenzie ratcheting up the tension as the games climaxed. This was done without ever feeling as if I was reading a “how-to” guide.

The ending was slightly telegraphed and a bit predictable, but overall a decent way to pass a couple of hours. I usually ask myself after finishing something whether I’d want to read more by the author in future. On this occasion – it’s a yes, but probably on the proviso that the vampires stay in the closet next time around and the tale has all its roots firmly in the real world.

I accessed this one when it was a freebie over on Smashwords either late last year or earlier this.