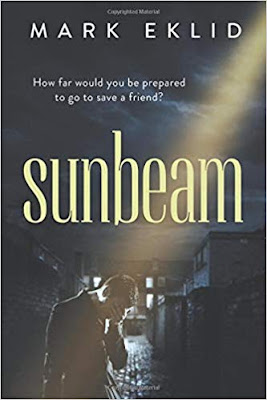 John Baldwin has been on a downward spiral to self-destruction since the day he witnessed the murder of his best friend, Stef. It has cost him his marriage, his business and his dignity.

One year on from the day that turned his world upside down, he sees Stef again. John fears he has finally lost his mind but Stef is there to pull his friend back from the brink, not tip him over it. He offers John a fresh start; a new destiny.

John rebuilds his life. He has everything again but there is a price to pay. The killer is still on the loose and Stef wants revenge.

Sunbeam is a story of a bond of friendship like no other, with a fast-paced plot which will keep you guessing at every twist and turn.

A novel with some unexplainable, supernatural, other wordly undertones, which isn't usually my thing but here worked well enough for me.

John Baldwin blames himself for the death of his friend. For the year after his death he wallows in self-pity drowning in drink and losing his marriage and home. A visit from his dead friend, Stef introduces a sea change in his life and things improve ..... he gives up the drink, he starts looking after himself and his flat, he embraces work instead of going through the motions and in return he gets self respect, and in the course of time, romance and some purpose in life helping a fledgling charity off the ground.

In the mean time his dead friend visits on occasions without ever totally articulating what it is he wants from John......justice and revenge on his killer obviously, but to what extent.

I really enjoyed the characters...... John - the main, Stella - the work colleague turned love interest and Jas - the bereaved partner of his best friend Stef. I liked the positive changes in John's life and how he put the pieces back together. I was enjoying the upturn in his fortunes.

I enjoyed the depiction of the workplace romance, the uncertainty of when to tell colleagues, the insecurities about trust and commitment. I was convinced about the depictions of loss and bereavement, the depth of grief and the feelings of guilt that accompanied it. Eklid writes well about the everyday emotions of life.

Towards the end of the book and John's story, the wheels come off and there is a certain ambiguity about how John's future is going to play out. He faces a stark choice and there is no real certainty as to what course of action this good man will decide on. It's a conclusion which worked well for me. 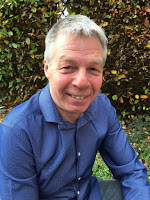 I was kind of less convinced about how dead Stef was conducting the orchestra and manipulating events in John's life without being able to directly influence the outcomes for those that had wronged him and John, without resorting to using John as a sort of patsy. That said it didn't mar my enjoyment of the book, nor cause me to lose any sleep over this slight bump in the road.

Eklid tells a good tale and the smooth writing had me racing through the book to see what was going to happen next. I'd be curious to see what he turns his hand to next.