Another author I haven't yet read, but one who my wife quite likes - S.J. Rozan. 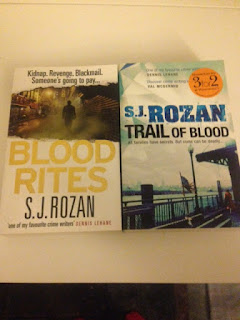 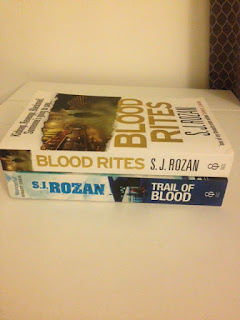 Rozan aka Sam Cabot has written about a dozen novels in her Bill Smith, Lydia Chin series.

The series started in the 90s with China Trade in 1994. The latest Paper Son was published last year. I think I have a couple of the early ones and these two which are the 7th and 9th. I suppose if I love the first, I might delude myself into thinking I can take on another series and get it read.

Her work has won the Edgar, Shamus, Anthony, Nero, and Macavity awards for Best Novel and the Edgar for Best Short Story. She’s also the recipient of the Japanese Maltese Falcon Award and recently received the Life Achievement Award from the Private Eye Writers of America.

New York settings mostly and a couple of PIs - what's not to like? 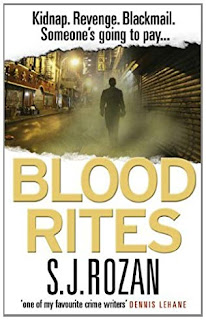 S.J. Rozan's reputation grows with every new installment in her lively series starring the redoubtable Lydia Chin, a twenty-something New York PI and her partner Bill Smith. Here Lydia's venerable family friend Grandfather Gao dispatches the twosome to Hong Kong to deliver a jade amulet to the grandson of Wei Yao-Shi, whose American family knew nothing of the son and heir he left in Asia. A simple assignment quickly turns into a kidnapping, as Chin and Smith make their way through the complex world of triad politics, Asian intrigue, and the smuggling of Chinese antiquities. Along the way, Rozan treats us to an insider's view of Hong Kong; if someone you know is headed in that direction, this would be a great guidebook as well as a diverting plane read.

The relationship between the two protagonists has a nice subtext; there's sufficient sexual tension to spice up the narrative, but not enough to slow down the action. Rozan excels at pacing, and her characters are complex enough to linger in the reader's mind after the last page is turned. This is a standout performance from a writer who ought to break out in the bestseller ranks with this eighth in a series that keeps getting better. --Jane Adams 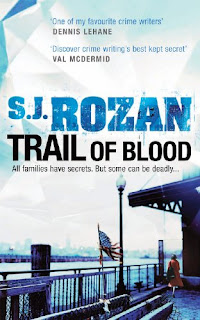 With The Shanghai Moon, S. J. Rozan returns to her award-winning, critically acclaimed, and much-loved characters Lydia Chin and Bill Smith in the first new novel in the series in seven years. Estranged for months from fellow P.I. Bill Smith, Chinese-American private investigator Lydia Chin is brought in by colleague and former mentor Joel Pilarsky to help with a case that crosses continents, cultures, and decades. In Shanghai, excavation has unearthed a cache of European jewelry dating back to World War II, when Shanghai was an open city providing safe haven for thousands of Jewish refugees. The jewelry, identified as having belonged to one such refugee - Rosalie Gilder - was immediately stolen by a Chinese official who fled to New York City. Hired by a lawyer specializing in the recovery of Holocaust assets, Chin and Pilarsky are to find any and all leads to the missing jewels.However, Lydia soon learns that there is much more to the story than they've been told: The Shanghai Moon, one of the world's most sought after missing jewels, reputed to be worth millions, is believed to have been part of the same stash. Before Lydia can act on this new information, Joel Pilarsky is murdered, Lydia is fired from the case, and Bill Smith finally reappears on the scene. Now Lydia and Bill must unravel the truth about the Shanghai Moon and the events that surrounded its disappearance sixty years ago during the chaos of war and revolution, if they are to stop more killings and uncover the truth of what is going on today.