A couple from prolific author Walter Mosley and his Easy Rawlins series. 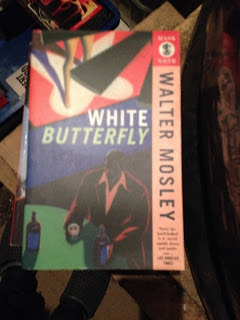 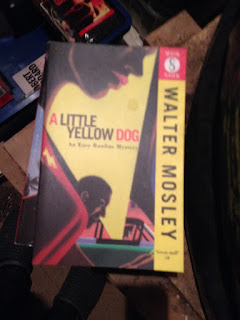 I used to love those Serpents Tail covers from their early days in publishing. I used to buy their books based on the cover alone.

Mosley's Easy Rawlins series is 14 books long and I think I've only read the first couple. I did like them but I never seem to be able to keep pace with authors whose work I enjoy.

The last time I read Mosley was back in 2013, a re-read of the first Easy book - Devil in a Blue Dress
It's been way too long 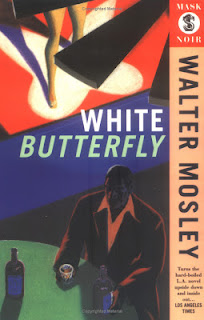 The police don't show up on Easy Rawlins's doorstep until the third girl dies. It's Los Angeles, 1956, and it takes more than one murdered black girl before the cops get interested. Now they need Easy. As he says: "I was worth a precinct full of detectives when the cops needed the word in the ghetto." But Easy turns them down. He's married now, a father -- and his detective days are over. Then a white college coed dies the same brutal death, and the cops put the heat on Easy: If he doesn't help, his best friend is headed for jail. So Easy's back, walking the midnight streets of Watts and the darker, twisted avenues of a cunning killer's mind....

It's 1964, and Easy Rawlins has given up street life, and has a job as a high school janitor. One
morning, Easy is seduced by a teacher with a dog. By evening, the teacher is gone, leaving Easy with her dog, and a corpse. A murderer is running loose and a little yellow dog is plotting revenge.
Posted by col2910 at 01:00