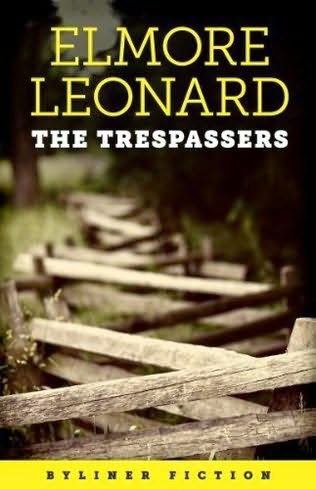 This never-before-published story is a chilling forebear to the tales that made the late, great Elmore Leonard the “King Daddy” of crime with a twist. Told from the perspective of a young wife who’s become increasingly frustrated with her mild-mannered husband, “The Trespassers” begins as a quiet domestic drama and quickly escalates into a nightmare. When Evan refuses to confront men who are illegally hunting on the couple’s remote homestead, Chris takes matters into her own hands, with terrifying results.

Written in 1958, when Leonard was working at a Detroit advertising agency and writing short stories on the side, “The Trespassers” shows the emerging talent of a man whose spare style and dark wit would redefine a literary genre. Filled with as much sexual menace as Sam Peckinpah’s classic thriller “Straw Dogs,” this timelessly relevant story delivers a sly surprise that could only come from the mind of Elmore Leonard. 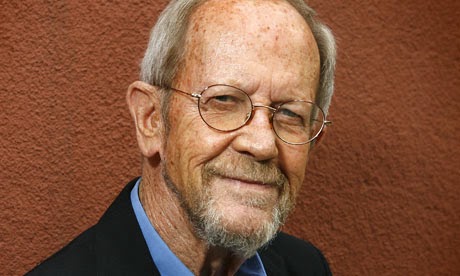 Elmore Leonard who sadly passed last year is one of the guys responsible for the direction my reading has taken in the past 25 years or so. I haven’t yet read all his books, though I think I own them, or did until starting to dispose of recent reads in order to retain space for new. The Trespassers and Confession were two previously unpublished stories that came to light after his death.

Interesting story, though I was kind of surprised to read the date-line on when it was written, as it still has a contemporary feel for me. Leonard applies layers to our characters within the period of the narrative.

A bit of a family drama at play. A quality or character trait that the husband possesses and which initially endeared his wife to him, is perceived by her as a weakness, but is actually shown to be a strength.

Enjoyable outcome, which he keeps in doubt until the end.