JAMES REASONER - THE MAN IN THE MOON 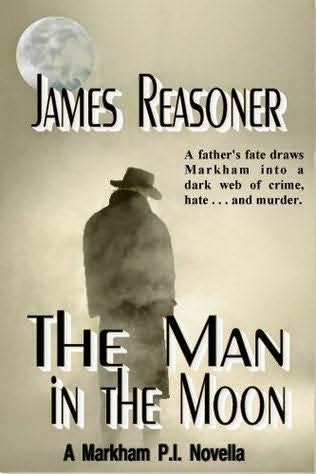 Markham is a private detective, but instead of a client he has a personal stake in this case. He's the one who finds the two kids wandering along a desert highway in the middle of the night. Their father is missing, and Markham's efforts to discover the man's fate draw him into a dark web of crime, hate . . . and murder.

THE MAN IN THE MOON is a 10,000 word novella from legendary author James Reasoner. It originally appeared in the April 1980 issue of MIKE SHAYNE MYSTERY MAGAZINE and is one of several stories about Markham, a classic Southern California private eye.

I read and enjoyed a couple of James Reasoner’s short novels last year – Tractor Girl (review link here) and Dust Devils (here), with one other – Texas Wind sitting neglected on the pile. I had kind of forgotten about Reasoner until my good blog-friend, Prashant read and excellently reviewed this short PI story a few weeks ago (here).

I’m a big fan of the PI in crime fiction, preferring this form of investigator over more formal police procedurals. I think the one man thing has more potential for interesting conflicts with authority when the two cross paths. Slightly less believable sometimes and the stories can be a stretch sometimes, but hey - I like what I like. 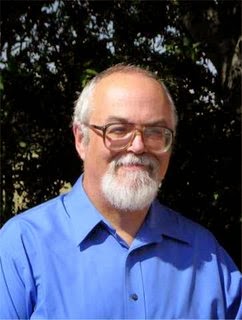 On this occasion, Markham after finding two abandoned children out on the highway and having performed his duties as a concerned citizen; stays around and without any opposition from the local law follows his nose and gets to the bottom of the mystery.

Reasoner crams a lot into this piece and whilst I’m not exactly reaching for my wallet right now – I’d be interested in looking at the other couple of Markham stories available on Amazon for less than a pound sometime in the future.

Short and satisfying and another 4 from 5

Reasoner has written about 150 novels and many short stories. His website is here and his blog is here.