QUESTIONS AND ANSWERS WITH SAM WIEBE 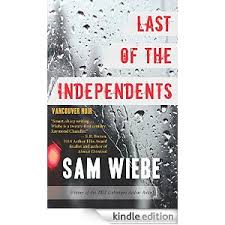 Sam Wiebe, the author of September's pick of the month book - Last of the Independents was kind enough to spend some time perusing my questionnaire. 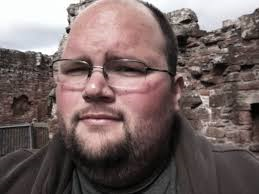 My review of Sam's book is here - Last of the Independents.


Is the writing a full-time or a sideline-passion-hobby?  What’s the day job?

I teach first-year lit and comp, and I write. Both are full-time.

The book launch for Last of the Independents. I got to see a lot of old friends, and drink some great whisky.

From start to finish how long did Last of the Independents take from conception to completion?

It took a year to write and revise. Then I entered the manuscript in the Crime Writers of Canada Best Unpublished First Novel contest, which it won. Publication took two years.

Was this your first serious attempt at a novel? Are there any unpublished gems in the bottom drawer?

I don't know about 'gems.' I have a draft of something kicking around.

Will we see more of Michael Drayton and some of the supporting characters from LOTI?

I pushed for the series title to be Vancouver Noir because I wanted it to be linked by geography and theme, a la James Ellroy's L.A. Quartet or the tv series True Detective. I was uncomfortable limiting it to the "A [Character Name] Mystery" format. Last of the Independents isn't "A Michael Drayton Novel;" it's THE Michael Drayton novel.

That said, it's more than possible.
Any modern influences on your stories?

I write by hand, aiming for five pages (one thousand words) a day.

I don't write roman á clef, but certain anecdotes or mannerisms are definitely suggested by people I know. My friend Andrew told me a story about pissing on someone's door handle, which struck me as so petty and gross I had to use it.


Are there any subjects off limits as far as your writing is concerned?

That said, there are approaches to subjects I really despise. Quirky genius serial killers, rape used for cheap titillation, endless mise-en-abyme postmodern wankery. To me those things show a lack of interest in and understanding of human beings.

Doubt by John Patrick Shanley, Gorky Park by Martin Cruz Smith, A Confession by Leo Tolstoy, Pride and Prejudice by Jane Austen, This is Orson Welles by Orson Welles and Peter Bogdanovich.

Peter Temple and Tana French are both awesome.

I like walking around the city. Vancouver's endlessly fascinating to me.

The people. I was not expecting other writers to be so damn cool. The Vancouver crime writing community--E.R. Brown, Robin Spano, Dietrich Kalteis, Owen Laukkanen--are knowledgeable, smart, personable, and really talented.
If I check back in a couple of years’ time, where do you hope to be with the writing?

I'd like to have my student loans paid off. Other than that, career-wise, I'm pretty content to see how things play out.