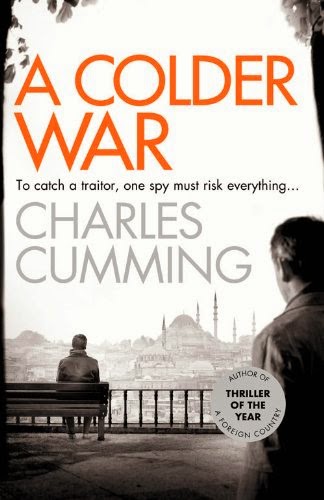 MI6's Head of Station in Turkey is killed in a mysterious plane crash. Amelia Levene, chief of the Secret Intelligence Service, wants the incident investigated - quickly and quietly.
The only man she can trust is Thomas Kell, a disgraced spy searching for redemption.
Arriving in Istanbul, Kell discovers that MI6 operations in the region have been fatally compromised: a traitor inside Western Intelligence threatens not just the Special Relationship, but the security of the entire Middle East.

Kell's search for the mole takes him from London, to Greece, and into Eastern Europe. But when Kell is betrayed by those closest to him, the stakes become personal. He will do anything to see this operation through - including putting himself, and others, in the line of fire...

My second outing with this Scottish author, who was according to his biography, briefly employed by British intelligence service MI6 in the 90’s. My first taste was his stand-alone novel Typhoon which I read back at the end of 2011 in my pre-blogging days. I have it rated it on Goodreads among my read books as a 4.

Typhoon, from the author’s website…. published in the UK in 2008, is a political thriller about a CIA plot to destabilise China on the eve of the Beijing Olympics. The story spans the decade from the transfer of the sovereignty of Hong Kong in 1997 to present-day Shanghai. Typhoon was listed by The New York Times as one of the 100 Notable Books of 2009.

A Colder War is Cumming’s seventh book to date and is the second to feature Thomas Kell and Amelia Levene – the first being A Foreign Country.

Kell is tasked by Levene, his boss with investigating the suspicious death of another British agent based in Turkey. Kell seizes the opportunity to hopefully get his career back on track – he’s been in limbo after getting burned on a previous assignment – courtesy of a CIA agent, Jim Chater and his involvement in an extraordinary rendition.

An exciting book with Kell digging deeper into Paul Wallinger’s death…..spies, moles, traitors, double agents or perhaps triple! We have a bit of a jaunt around Europe – Turkey and London, with some time spent in the Ukraine also. Planes, trains and automobiles as well as the odd ferry. Throw in a funeral, some drinks parties, a bit of nightclubbing, some romance with some frantic sex, a few CIA agents, the Russians with their SVR ………and overall you have a decent tale well told.

Kell is sympathetic and appealing, though some of his actions, which the book turn on, perhaps seem a bit implausible to this reader. We have his back stories, both personal – divorce and loneliness - and professional – that dirty Yank Chater, had me liking him.

As the narrative unfolded and we concentrated our efforts on our suspect, I particularly liked the scenes where surveillance techniques were employed against an agent who was wise to the possibility and he was using counter-surveillance measures to shake his trackers – enjoyable and intriguing. I do like that aspect of the spy story.

Also the investigative element; where Kell only has a piece or two of the jigsaw and his boss has more pictures of the puzzle which she is holding onto. Elements of who knows what and when, and who we believe and whether we trust them add to the tension. The sometimes volatile relationship between Kell and Levene – boss and employee or friend and confidant – added another layer to my enjoyment. 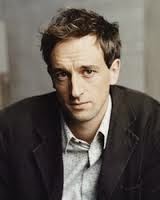 Bought earlier this year on Amazon for kindle.