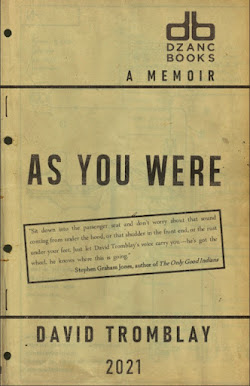 Synopsis/blurb...
A hypnotic, brutal, and unstoppable coming-of-age story echoing from within the aftershocks set off by the American Indian boarding schools of generations past, fanned by the flames of nearly fifteen years of service in the Armed Forces, exposing a series of inescapable prisons and the invisible scars of attempted erasure.
When he learns his father is dying, David Tromblay ponders what will become of the monster’s legacy and picks up a pen to set the story straight.
In sharp and unflinching prose, he recounts his childhood bouncing between his father, who wrestles with anger, alcoholism, and a traumatic brain injury; his grandmother, who survived Indian boarding schools but mistook the corporal punishment she endured for proper child-rearing; and his mother, a part-time waitress, dancer, and locksmith, who hides from David’s father in church basements and the folded-down back seat of her car until winter forces her to abandon her son on his grandmother’s doorstep.
For twelve years, he is beaten, burned, humiliated, locked in closets, lied to, molested, seen and not heard, until his talent for brutal violence meets and exceeds his father’s, granting him an escape.
Years later, David confronts the compounded traumas of his childhood, searching for the domino that fell and forced his family into the cycle of brutality and denial of their own identity.
An incredibly tough, emotional read - at it's gentlest it would break your heart, at it's toughest it sears and eviscerates your emotions leaving you stunned and numb.
Some people should never be let near children - FACT. That David Tromblay survived his childhood  and the perpetual abuse by his grandmother and father is remarkable. Even more so than that is his  ability to endure ongoing traumas, past the childhood abuse and into adulthood and survive - and not just time spent in hostile environments with the US Army - and prosper.
Here he relates his experiences coherently and without self pity. It's truly a survivor's tale.
There are some 'what if' moments in the narrative; some moments when love and care and compassion is provided by a neighbour. When a shared bond of love with a sister temporarily lessens the pain of physical and mental abuse. These are fleeting and all too brief.
David Tromblay is a special man. I wish him present and future happiness and the best in everything he does for the rest of his life. 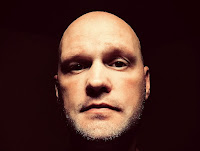 I also look forward to reading some of his crime fiction in the days ahead starting with Sangre Road.
5 from 5
Read - February, 2022
Published - 2021
Page count - 240
Source - review copy courtesy of publisher Dzanc Books
Format - PDF read on laptop
Posted by col2910 at 03:40