A couple of books from Nik Korpon - one a novel, one a collection of short stories. 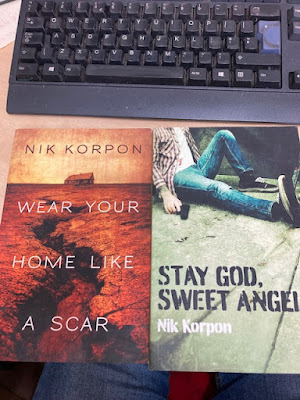 Korpon writes science fiction as well as mystery fiction. Ill stick to his mystery stuff I reckon.
I enjoyed his book Radicals back in 2020. I'm looking forward to reading more from him. 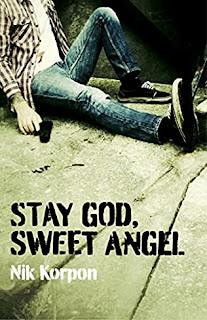 Damon lives a content life, playing video games and dealing drugs from his second-hand store while his girlfriend, Mary, drops constant hints about marriage. If only he could tell her his name isn't really Damon. If only he could tell her who he really is. But after he witnesses a friend's murder, a scarlet woman glides into his life, offering the solution to all of his problems. His carefully constructed existence soon shatters like crystal teardrops and he must determine which ghosts won't stay buried - and which ones are trying to kill him - if he wants to learn why Mary has disappeared.

"In beautifully rendered prose, Korpon delivers an intense story of love and treachery on mean and merciless streets." 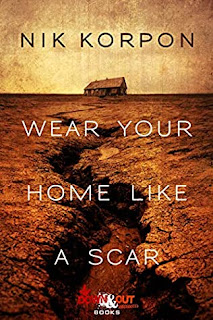 In Wear Your Home Like a Scar, Nik Korpon explores the catastrophic consequences of trying to start anew and reinvent yourself.

A clandestine surgeon goes to extreme lengths when she's torn between family loyalties. A con man tries to help his girlfriend escape her pimp, despite what the tarot cards tell her. A drifter hunts down the man who hung her out to dry with a cartel boss. A sicario has a crisis of faith when an old legend stalks him.

From the streets of Baltimore to the comunas of Medellin, the Mexican Sierras to Texas border towns, Wear Your Home Like a Scar shows that no matter how deep you cut, you'll never truly leave your home behind.

Praise for the Stories by Nik Korpon:

"Nik Korpon's stories read like Sonny Chiba and Don Winslow somehow made a literary baby, in that they will kick your ass, then kick you in the head, and then to the heart." - Todd Robinson, author of The Hard Bounce and Rough Trade

"There's an electric charge to Nik Korpon's stories. They crackle and pop and leave a mark. This is an entire book full of them. Why haven't you bought it yet?" - Rob Hart, author of The Warehouse 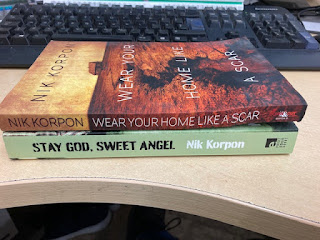