A not especially exciting month's viewing, but I was happy enough - I continued with two on-going series and started a couple more, as well as squeezing one okay film into the month.

On-going and I might be a good while yet, but who cares. Currently on either series 7 or 8. They're all recorded and stored so no time pressure and I'll get there when I get there, unless boredom sets in. No sign of it yet.
I did enjoy one recent episode where it showed Celtic scoring late on against Rangers at an Old Firm game - which was good news. Paul Elliott was in defence for Celtic. He's one of my favourite old Luton players, though his time with us was affected by injury. 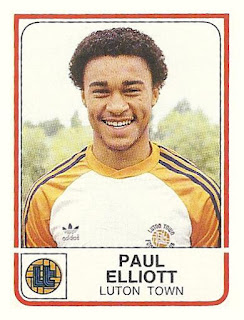 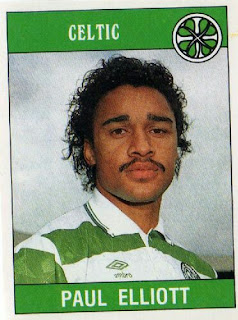 From Wikipedia...
Taggart is a Scottish detective fiction television programme created by Glenn Chandler, who wrote many of the episodes, and made by STV Studios for the ITV network. It originally ran as the miniseries "Killer" from 6 until 20 September 1983, before a full series was commissioned that ran from 2 July 1985 until 7 November 2010. The series revolved around a group of detectives initially in the Maryhill CID of Strathclyde Police, though various storylines were set in other parts of Greater Glasgow and in other areas of Scotland. The team operated out of the fictional John Street police station. Mark McManus, who played the title character Jim Taggart, died in 1994. However, the series continued under the same name.
Ditto Taggart above. I'll finish when I finish. I think I'm on the last series now.
From Google...
`Dangerous' Davies is one offbeat flatfoot who takes the stuff at the bottom of the pile - the cases nobody wants. In his usual comical way, Davies and good friend Mod help unfold events that usually end up in disaster, but somehow they still manage to nab their man. Maybe if Davies wasn't such a nice guy, his coworkers would take him a tad more seriously. The comedy-drama is adapted from the novel by Leslie Thomas.
An okay evening film which focuses on a girl sort of leaving one cult to join another. Things become clearer at the end of the film and you realise who the good guys are and who they aren't. A bit of a saccharine sickly sweet ending, which veered a bit too much into the happy ever after trope. I think it was a bit better than I expected it to be.
From IMDB...
A mother searches for her daughter in a small town after finding out she joined a cult. She is told that her daughter is dead, but knows something isn't right in the town.

From Wikipedia ....
Premise
The Righteous Gemstones depicts a family of televangelists and megachurch pastors led by widowed patriarch Eli Gemstone (John Goodman). Eli and his immature children, Jesse (Danny McBride), Judy (Edi Patterson) and Kelvin (Adam DeVine), lead opulent lives funded by church donations.
In the second season, Jesse and Amber partner with Texas megachurch leaders Lyle and Lindy Lissons (Eric André and Jessica Lowe) to develop a Christian timeshare resort. The family faces threats including investigative journalist Thaniel Block (Jason Schwartzman), Junior (Eric Roberts) an old friend from Eli's criminal past, and a mysterious group of motorcycle-riding assassins.
Two episodes from four watched and I was enjoying this true crime adaptation. The rest of the family loathed it. I get where they are coming from in respect of neither the thief nor his wife are particularly likable and it is kind of hard to have feelings for a canoe. I'll try and watch the rest in a BillyNoMates moment. I like Eddie Marsan on screen. He gives off an especially creepy vibe here.

From Wikipedia...
The Thief, His Wife and the Canoe is an ITV television drama series that was first broadcast on 17 April 2022. Written by Chris Lang and directed by Richard Laxton, the programme dramatizes the John Darwin disappearance case, where prison officer and teacher John Darwin hoaxed his own death and reappeared, five and a half years after he was believed to have died in a canoeing accident.