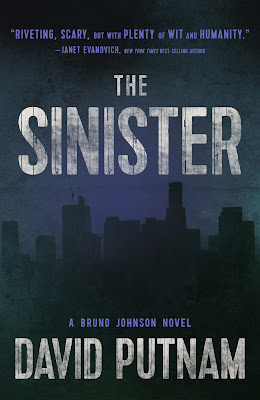 Synopsis/blurb...
Bruno Johnson, shaken to his core, but still a formidable force—unrelenting when it comes to saving a child.
Ex-cop, ex-con Bruno Johnson and his wife Marie hide in plain sight from the law in an upscale L.A. hotel as Bruno heals from a run-in with a brutal outlaw motorcycle gang—and the loss of his son—a son he didn't know he had until it was too late.
Marie, now pregnant with her first child, fears Bruno may never fully recover. She knows that soon they must return to Costa Rica to rejoin their large family of rescued children—kids who owe their lives to Bruno and Marie's intervention.
But when Bruno's friend, FBI Deputy Director, Dan Chulack, pleads with Bruno to help rescue his kidnapped granddaughter, escape plans are put on hold. After exhausting all legitimate investigative avenues, Chulack seeks Bruno's brand of justice. With Marie's reluctant consent and her own special expertise, they plunge into the evil world of those who prey on children.
Meanwhile, Bruno's mother, a woman he has never known, appears asking for forgiveness—and Bruno's assistance—while bringing her own set of complications. Bruno finds his professional and his personal lives colliding in a pursuit that is excruciating and brutal.
The Sinister is the ninth entry in Dave Putnam's Bruno Johnson series and it's one of the few contemporary series I've religiously kept pace with. The main character is an ex-cop outlaw with a heart of gold and in particular a soft spot for neglected children. Along with kindred spirit, wife Marie and the help of his father, they have rescued young, abused and neglect waifs and spirited them south of the border to a better life.
Here we have another case where Bruno, puts his own freedom at risk to help a friend after his grandaughter had been kidnapped and the official investigation has stalled. It's a job tailor made for his skillset with his ability to conduct an investigation unbound by the usual restraints of officialdom.
Matters in the book are somewhat complicated by the reappearance in his life of his birth mother, a woman who has been absent for the vast majority of his life.
There's a lot of tension in the book, as Bruno, recovering from a gunshot and wanted by law enforcement himself, teams up with a feisty female detective to try and run down the kidnappers. I really enjoyed the relationships dynamics between Bruno, Helen Hellinger and an ex-con informant who has been coerced to help them. Bruno has to try and conceal his identity while working with Helen over fears she'll turn him in. As the book develops so the relationship between the pair changes and a level of trust develops. It's useful for both parties, but Helen especially as she later on she has her own uses for Bad-boy Johnson.
I liked how Putnam also manages to drop Bruno's back story into the narrative without actually slowing the pace or feeling like large chunks of previous tales were getting rehashed. It's a real testament to his writing chops that he can strike that perfect balance. With it being a year or so since I read the last one in the series, it was helpful to be reminded of some of the history involved.
The tangled investigation eventually makes some headway. Rules get broken and bent. The bereft FBI man puts his career on the line. Bruno's pregnant wife, Marie contributes. A best friend ex-gangbanger offers support and back-up along with a large canine and Bruno gradually gets to know his absent parent.
Overall - action aplenty, excitement, loads of heart and soul and a satisfying outcome.
4.5 from 5
The previous eight in the series have all been enjoyed. 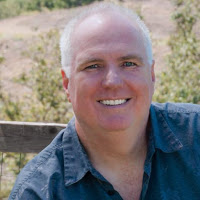 They are.....
The Disposables
The Replacements
The Squandered
The Vanquished
The Innocents
The Reckless
The Heartless
The Ruthless
Roll on 2023 and hopefully a 10th book!
Read - April, 2022
Published - 2022
Page count - 352
Source - review copy from author
Format - paperback
Posted by col2910 at 06:17