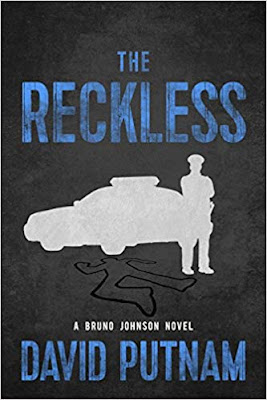 Bruno Johnson, a young and inexperienced LA County Deputy Sheriff, is trying to balance his life as the single father of a four-year-old daughter and his responsibilities as a cop in the Violent Crimes Unit. When he and his impetuous partner Ned Kiefer are put on loan to the FBI to help out with a "special problem," Bruno finds himself in a real bind. The FBI hands Bruno and Ned a case that the Bureau prefers not to touch - a group of teenage criminals that are being run by a nefarious criminal known as the Darkman. Bruno discovers the identity of the Darkman and is stunned to realize that he is the perpetrator from a lingering unsolved case - a triple homicide that continues to haunt Bruno. The problem is how to stop the juvenile criminals without killing kids, and at the same time, avoid being killed by the kids - or by the Darkman - and keep his reckless partner Ned under control.

The Reckless is the second prequel in the Bruno Johnson series but the sixth overall from author David Putnam. It's one of the few contemporary series I have managed to keep up with.

Bruno and a couple of members of his unit are seconded to the FBI to assist in tracking down some bank robbers. After proving themselves in a matter of days, they are then handed a poisoned chalice. Track down a notorious criminal who is running a bunch of young delinquents, coercing them into robbing banks, while steering clear of the dirty work himself. Avoid killing the kids, and catch the mastermind, who after some covert surveillance is identified by Bruno as a killer from a previous case. Win, win - kill two birds with the one stone then.

All the while this is going on, Bruno is juggling his domestic life - living with his father, raising his young child as a single parent and dealing with the tug on his heart strings from the reappearance in his life of FBI agent and former lover Chelsea Miller - the woman who saved his life a few years back and saw her career tank as a result. Throw another young child and her father into the mix, in the form of Ned Miller and his daughter, staying at the Johnson's because of complicated relationship issues and things get busier.

The Reckless is a fast-paced blend of action and investigation, with a splash of romance, as the case and the former lovers reawakened feelings crossover and collide. Bruno is a man who has difficulties keeping the two aspects separate. He does however have great instincts when it comes to catching criminals.

I liked the different strands to the book which give it a broader appeal than just Bruno working the case like a dog with a bone. The personal elements - Bruno's relationship with his father and daughter, the efforts to do the best thing for Ned and his child and his attempts to resurrect his relationship with Chelsea and protect her - added to my enjoyment.

On the case, there is competition and conflict within Bruno's team, as well as the usual police politics at play, with the distrust between Bruno's unit and the FBI, who want to be calling the shots. There are more than a few bumps in the road as the case unfolds, and the team take a few powerful hits. In the end we discover there is more going on than is at first apparent.

Plenty of positives from this book - a strong main character, and a decent set of recurring supports who's company I enjoyed, a solid story line, plenty of muscle combined with plenty of grey matter at play in the progress of the investigation, a twist or two in the tail and a decent resolution. Lots to like. David Putnam will get me reading more police procedural books yet. 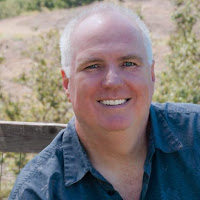