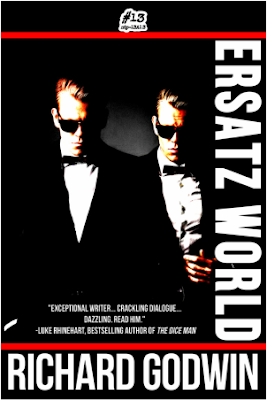 His bestselling author has vanished, he’s under surveillance, and a killer is trying to hack bits off his wife. It’s not easy being a publisher in the 21st century...

Samuel Verso is an ordinary, old-fashioned publisher trying to resist the lure of e-books. As his wife fills the hallway with prosthetic limbs and his business partner is replaced with an exact replica he realises that his problems run deeper than books on a computer screen. But it is only when he is serially abducted, beaten and accused of terrorism that he understands it isn’t that he’s paranoid – it’s that he isn’t paranoid enough.

Soon, his reality becomes as malleable as the genres and narratives of the books that he publishes, fading away to be replaced by the mysterious code. And only the missing author holds the key to the code.

"A deliciously weird novella. I expected nothing less... Godwin has a real talent for sucking you into a story and I found myself finishing this fantastic novella the same day I started it. If you read closely enough I believe Godwin is trying to teach the reader a lesson about our gadget reliant society but do you have courage to listen? Top marks for a great read." -Darren Sant (author of The Bank Manager and the Bum and Tales from the Longcroft)

Weird - definitely. Marvellous - hmm, maybe not enjoyed quite as much by me as by Mr Brazill, but an entertaining enough read, which served as a decent introduction for me to Richard Godwin's prose.

An author has gone missing, his publisher fears for his business and the future, unless he can find him, get him to edit his latest work, publish it and then all will be right with the world. Well, apart from the mental health issues and delusions, his wife is suffering from. Oh and the two Herberts who keep following him around.

I kind of felt compelled to keep turning the pages on this one, without ever feeling fully invested in the outcome for our main man, Samuel. I wanted to know how things transpired and turned out, without especially feeling too bothered about where the chips eventually fell.

Elements and portions of the book reminded me of the film Groundhog Day as certain events seemed to keep resetting and repeating. There's a bit of perversion and sex on display - a peeping Tom neighbour, visits to an escort and fantasies about our busty business partner. Disturbing scenes with the wife, who is obviously an unwell woman and healthy doses of espionage and paranoia as our main man gets surveilled, followed, intercepted and interrogated. Lots going on and I'm not sure I understood the half of it. There's probably some salient points regarding the future of publishing that Godwin articulated and he entertained me plenty while doing so. 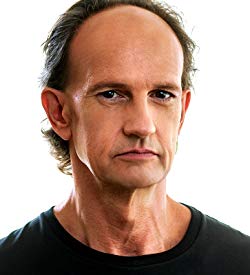 Richard Godwin has written about a gazillion books and a few more from him sit on the pile.

Ersatz World has been re-booted and republished by Fahrenheit 13 with a sexy new cover. 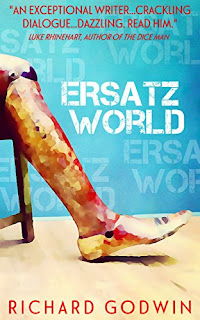