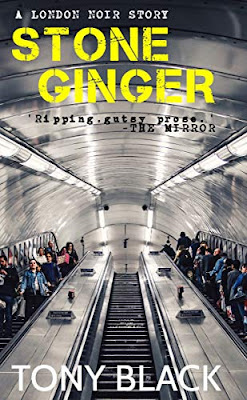 When Charlie 'Minty' Lamb meets the gorgeous Ginger down the local boozer he thinks all his Christmases have come at once. Even the boys on the back-shift can't believe his luck, that is until one or two start to notice that Ginger might be something other than she appears. Soon Minty's questioning himself, and everyone else, with good reason. A fast-paced noir short for fans of the classic London crime caper.

Not too much to write about here - a 16 page short story from Tony Black which you can get over on Amazon.

Charlie is punching above his weight with his latest girl, but he feels good about himself, even if the lads do still extract the urine from him. And even if she might have charged for her favours in the past.

Charlie finds out there's no such thing as a free lunch though. Someone always picks up the tab.

Fast, enjoyable, a fair bit going on in a short narrative. And it serves to whet the appetite for his longer work, of which there are a few on the shelves.

I'm long overdue digging into his Gus Drury series - Paying For It, Gutted, Loss, Long Time Dead. Only had the first on the shelves 10 years! 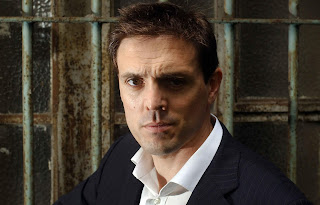 Bay of Martyrs (co-written with Matt Neal), RIP - Robbie Silva and Truth Lies Bleeding have been enjoyed before. In the case of the latter two long before the blogging/reviewing days.