A couple from an author I haven't read for a year or two - Leonard Chang.

I previously read his novel - The Fruit 'n Food way way back, long before the blog began and I remember little about it.  I obviously must have enjoyed it enough to get a few more books from him, including these two. 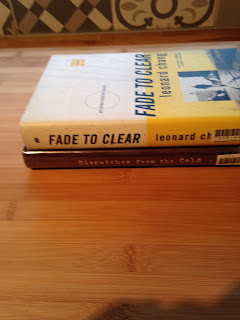 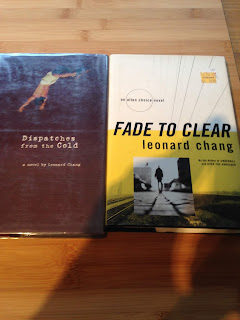 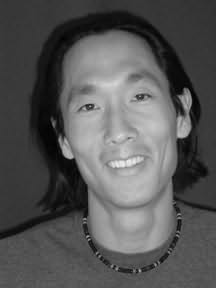 Fade to Clear is part of a three book series featuring Allen Choice. It's the third in the series after Over the Shoulder and Underkill, and was nominated for a Shamus Award in 2005. Choice is a security specialist-cum-Korean American investigator.

Leonard Chang's latest - The Lockpicker dropped in 2017 and is on my wishlist. I need more books like a hole in the head, but that's a discussion for another day.

Chang was a writer and producer on one of my favourite TV series of recent times - Justified. 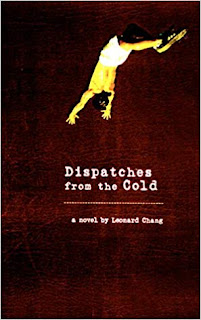 What would you do if strange letters began appearing in your mailbox? Read them? When the narrator of this novel opens misdirected letters, he enters the harsh, disturbing world of Farrel Gorden who hates his new Korean-American boss and is on the verge of losing control of his hatred. As we watch the narrator reconstruct the recent events in Gorden's life, including an affair with his boss' wife and the wrenching consequences that follow, the paths of these two disparate characters - letter writer and letter reader - converge violently as each intrudes in the life of the other. This is a story that blurs the distinction between the real and the imaginary, and negotiates the exterior world and interior workings of a vengeful mind. 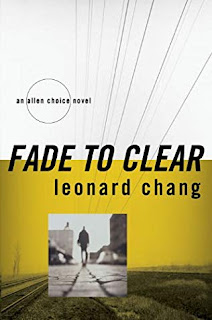 In this new installment, Allen Choice, now a full partner at Baxter & Choice Investigations, finds his life in upheaval by the reappearance of his ex-lover Linda. Over the objections of his current girlfriend Serena, Allen reluctantly takes on the case of finding Linda's niece, who was abducted by her father in a bitter divorce battle.

Fade to Clear is Leonard Chang's most electrifying and riveting crime novel, following the critically-acclaimed successes of Underkill and Over the Shoulder.

As Allen delves deeper into the investigation, unearthing links to drug smuggling and money laundering, he becomes the target of larger, deadlier forces that strike a tragic blow. In the wake of personal loss, he compels himself forward in this perilous case and at the same time makes profound decisions that will reverberate throughout his life.

Once again, Chang weaves a masterful tale that is as much an edgy, fast-paced mystery as it is a deep look into the complex interior life of Allen Choice, a fallible and human character who is quickly becoming a truly memorable name in the world of noir.
Posted by col2910 at 23:50