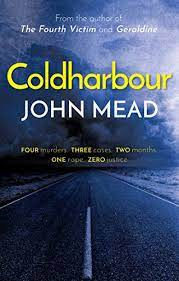 Synopsis/blurb ....
The Met Police’s Major Investigation Team East has its hands full: a rash of tit for tat gang related stabbings, a strangled housewife, the decomposed remains of a woman found in a ditch and more to come. Adding to their woes is their boss, Chief Inspector Matthew Merry, being distracted by his problems at home.
For Matthew’s wife, Kathy, her only concern is dealing with the aftermath of being drugged and raped by a co-worker. Will the trial of the man responsible be enough to give her the justice she demands. Or, as her therapist states, is it revenge she really desires. She doesn’t know. As her emotions see-saw from elation to depression, her only certainty is that her husband seems more concerned about his work than her.
And Matthew is only too aware of his failings both at home and work. But the police machine grinds on, seeking information and sifting evidence — justice is not their concern.
My second outing with author John Mead, after enjoying The Hanging Women a couple of years ago. I liked it. It's mostly a London set police procedural, which as the story develops adopts a European and African flavour. There's also a bit of a kitchen sink drama going on, as a lot of personal issues for the lead detective, Matthew Merry intrude and temporarily overlap the big case he is working on.
Murder, an unidentified corpse, an off-page rape and subsequent court case, acquital and aftermath, gang criminality, undercover ops, European links, inter-agency and overseas police cooperation, refugee camps, people trafficking, prostitution, career opportunities, infidelity, marital strife, investigations, surveillance, an informer, local politicians, historic abuse, revenge and more.
It's quite a busy little book, plenty going on and some food for thought. Post-Brexit, you have crime still traversing borders, and a kind of political element added to the mix with British authorities dealing with European counterparts.
I didn't find the main character Matthew Merry especially sympathetic. He's caught between a rock and a hard place. Either be a supporting husband and father or a career policeman. He doesn't seem to have the ability to be both. I didn't dislike him though.
There's a decent support cast of other cops and some capable villains. I liked the European cops and their involvement and intreraction with Matthew and the British authorities. We get to go on a bit of a European tour, while trailing some criminal elements. The bad guys aren't too picky about a spot of violence and intimidation to keep their enterprises running. That said the resolution to the murder came a bit from left field which I liked.
I enjoyed the flow of the book. There's a decent story which evolves and develops with maybe the author a little bit reliant on some heavy handed arrangement of some pawns in the plot. Kathy, Merry's wife travels to a distant city and just so happens to sleep with a French policeman, undercover who gets killed by a gang, connected by a couple of degrees of separation from the big case her husband is involved in back in London. It wasn't enough to bump me out of the plot at all, but it did seem a little bit too contrived to be totally believable. 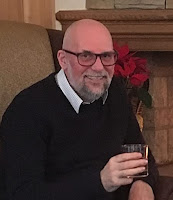