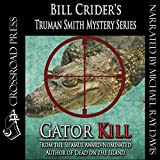 Synopsis/blurb .....
After he failed to find his missing sister, whose remains finally turned up in a bag in an overgrown field, Texas PI Truman Smith retired to become a housepainter on Galveston Island. But when an alligator is killed and its carcass left on display on a family friend's property, Tru is persuaded to search for the culprit. Soon the brooding gumshoe is stumbling over the bodies of dead humans, is shot at and run down by a souped-up four-by-four as he's embroiled in a plot complete with crooked police, a possible land-grabbing scheme and assorted "bad guys".
Gator Kill is the second in Bill Crider's five book long Truman Smith series. The first, Dead on the Island was enjoyed a few months ago.
I was surprised by the opening if I'm honest. In the first book, Truman's sister was and had been missing, presumed dead with no closure. I had presumed that this situation would be an over-riding arc which ran through the series and haunted Truman. Crider soon quashed that notion with the disclosure that his sister's remains had been found.
The main plot here concerns a friend who has discovered a dead alligator on his land. Truman is engaged to discover who killed it. Unsurprisingly this isn't all that has been going on.
Poaching (?), threats, warning shots, before long a murder, an illicit affair, gossip, some law enforcement types that don't take too kindly to an outsider PI sticking his nose in, land deal rumours, local animosities and enemies, and a few other incidents and issues before inevitably answers and a resolution.
I quite enjoyed this one. The motivations for what is at play are eventually revealed and make sense, but until we get to that point it's an interesting puzzle as to what is going on and why. More than once, Truman considers quitting and going home, but obviously doesn't.
I enjoyed the story. There's some hostility between Smith and one of the local cops on the scene. This animosity adds a level of tension to the story. If you're mistrustful of the police in a small community what options do you have for help?
Interesting characters, some action, a reasonable pace, nothing breakneck but not meandering either. We got where the author was going in good time and it was enjoyable all the way, if not the most exciting outing ever. Solid and entertaining. 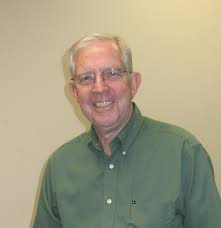