A couple of New York cop novels from the 90s and author Ed Dee. 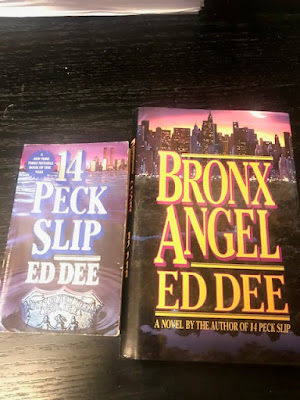 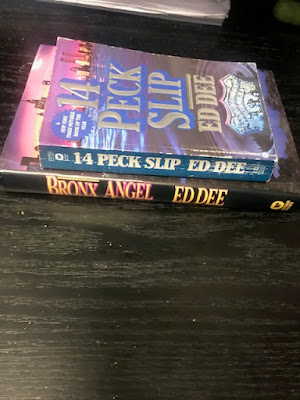 Ed Dee went on to write a couple more novels in his Ryan and Gregory series - Little Boy Blue and Nightbird, as well as a standalone, The Con Man's Daughter. This last book was published in 2003. He's been quiet since. 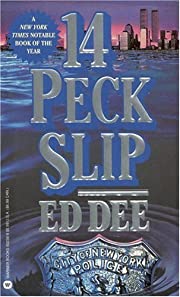 'It happened to cops all the time; guys work all night, sleep all day. They lose track of wives, kids, days, months, lies they've told, bars they can't get back into, women they've screwed, stories about them that aren't true...'

Once in a generation a novel delves into the world of lies and truths that only cops and criminal know. This remarkable novel, about two NYPD partners' search for the killers of a fellow policeman ten years before, can be compared to the best of Joseph Wambaugh, Robert Daley and William Caunitz. From raising a body out of the swirling, dark East River to questioning a barmaid in the Bronx, from stake-outs to shoot-outs, former NYC detective Ed Dee has written an extraordinary mystery, a haunting evocation of a cop's life, and an explosive tale of men and violence that will not soon be forgotten. 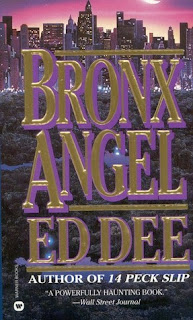 While New York City digs out from a freak April snowstorm a young officer is found dead in the Bronx, his throat slashed. Nearby a crowd has gathered. Not to witness the murder scene, but to see an apparition of the Virgin Mary on an icy wall.

Anthony Ryan and his partner, the glad-handing flawed, and brilliant Joe Gregory, are working out of police headquarters. In the frigid, miraculous Bronx the death of a policeman will bring heavy heat from the brass, who want the case closed quickly and quietly, and from street level cops, who want revenge. But Ryan and Gregory have both survived too much alcohol, too much violence, and too much departmental politics to lose their cool.

Retracing the last hours of the dead cop's life, Ryan and Gregory move through a world of streetwalkers on their "strolls" and transvestites who gather at steamy after-hours clubs. Yet every turn they take brings the two men back to the NYPD: to a tough-talking cop and his hard, blonde girlfriend.

Doing a job that gets in the way of a life, Ryan decides to shake loose a nest of crooks with badges, even as his wife packs his suitcase for a trip to Delaware, where their daughter is getting married for the third time. Back in New York, he and Gregory will have to face the men they've nailed, the pain they've caused, and the one piece of the puzzle that still hasn't been found.

BRONX ANGEL is a riveting murder story and a gritty, authentic portrait of a "cop's knowledge" - the knowledge that tells you how to decipher a murder scene, how to beat a traffic jam, and what lies to tell your commanding officer or wife.

From the late night talk in cop bars to the haunting sounds from the spectacle of a battered homeless man who lives to fight policemen to the fresh-faced young recruits in sweatshirts and jeans, BRONX ANGEL, weaves together an unforgettable portrait of men and women on the job - and the dangerous games that sometimes make them heroes, sometimes make them dirty, and sometimes get them killed.