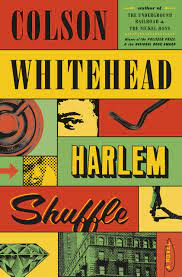 Synopsis/blurb ....
'Ray Carney was only slightly bent when it came to being crooked....'
To his customers and neighbours on 125th street, Carney is an upstanding salesman of reasonably priced furniture, making a life for himself and his family. He and his wife, Elizabeth, are expecting their second child, and if her parents on Striver's Row don't approve of him or their cramped apartment across from the subway tracks, it's still home.
Few people know he descends from a line of uptown hoods and crooks and that his façade of normalcy has more than a few cracks in it. Cracks that are getting bigger and bigger all the time.
See, cash is tight, especially with all those instalment-plan sofas, so if his cousin Freddie occasionally drops off the odd ring or necklace at the furniture store, Ray doesn't see the need to ask where it comes from. He knows a discreet jeweller downtown who also doesn't ask questions.
Then Freddie falls in with a crew who plan to rob the Hotel Theresa - the 'Waldorf of Harlem' - and volunteers Ray's services as the fence. The heist doesn't go as planned; they rarely do, after all. Now Ray has to cater to a new clientele, one made up of shady cops on the take, vicious minions of the local crime lord and numerous other Harlem lowlifes.
Thus begins the internal tussle between Ray the striver and Ray the crook. As Ray navigates this double life, he starts to see the truth about who actually pulls the strings in Harlem. Can Ray avoid getting killed, save his cousin and grab his share of the big score, all while maintaining his reputation as the go-to source for all your quality home furniture needs?
Harlem Shuffle is driven by an ingeniously intricate plot that plays out in a beautifully recreated Harlem of the early 1960s. It's a family saga masquerading as a crime novel, a hilarious morality play, a social novel about race and power, and ultimately a love letter to Harlem.
My first time reading Pulitzer Prize Winning author, Colson Whitehead with Harlem Shuffle, a 60s set novel.
The novel follows the fortunes of Ray Carney. Carney outwardly is a respectable businessman, trying to improve his family's fortunes in order to move to a nicer part of the neighbourhood. While he's long given up on trying to secure the approval of his in-laws who look down on him, he'll do it for himself, fulfilling a promise to his wife and child. He's a man with a plan.
There's another side to him as well. Ray's not a stranger to the shady side of the street, moving on a piece of dodgy merchandise for his own cut. Son of a Harlem criminal, Ray keeps it all on the down low and under the radar; for a while at least.
Through the indiscretions of his cousin Freddie he gets sucked ever more into danger and the world of hoods and criminality. He's his father's son, even as he tries not to be. Through the course of the novel, we see just how accomplished a tightrope walker Ray is keeping his two sides upright.
Race, upward mobility, snobbery, class, Harlem, civil rights, riots, social change, crime, furniture, business, plans, expansion, children, fences, thieves, family, disrespect, opportunity, murder, naivety and getting ripped off, injustice, a long game for revenge, bent cops, diamonds, mistakes, danger, repurcussions, and a lot more.
It's a tough novel to do justice in a review. While crimes and criminality form a large portion of the narrative, I don't think you could label it as an out and out crime novel. It's also a novel about family - love, loyalty, history, loss, anger, regrets and forgiveness. Again it's small vignettes and incidents occuring over time as opposed to huge isolated dramas that advance the story. 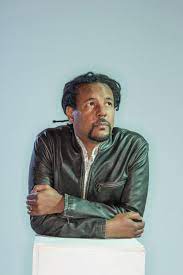 The setting of 60s Harlem is lovingly rendered. There's a great sense of time and place which draws you into Carney's tale. Society is changing and Whitehead documents the advances during the early 60s. It's depicted through one man's tale. His ambitions for something better for him and his kin, his confidence over-coming his self doubts and pre-ordained place in society.
Really enjoyable and definitely an author I want to read again in the future.
4 from 5
Read - July, 2021
Published - 2021
Page count - 336
Source - Net Galley
Format - Kindle
Posted by col2910 at 09:15