A couple from the legendary Thomas Perry. 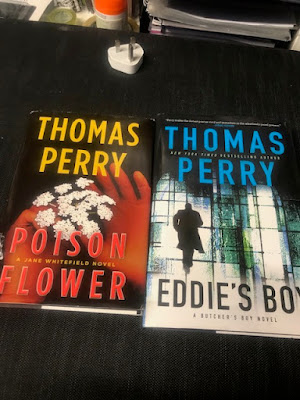 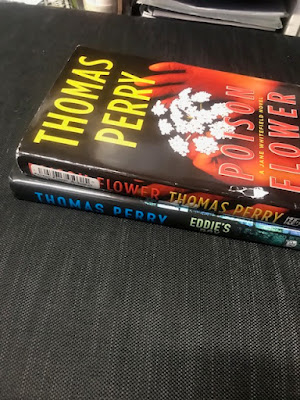 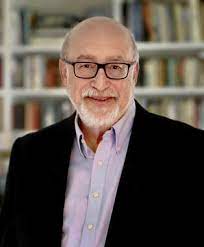 Perry has written approximately 30 novels in a forty year career. I've maybe read four, which means I've a bit of catching up to do. A couple have been hit and miss, but there's always enough there for me to keep wanting to read him.
The Burglar, The Boyfriend, Metzer's Dog and The Butcher's Boy are the ones I've encountered thus far.
He has a couple of well regarded series - Butcher's Boy and Jane Whitefield - that I'd like to read all of. 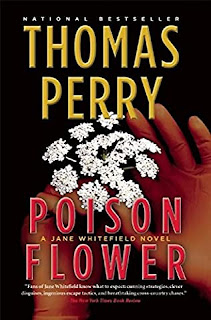 Poison Flower, the seventh novel in Thomas Perry's celebrated Jane Whitefield series, opens as Jane spirits James Shelby, a man unjustly convicted of his wife's murder, out of the heavily guarded criminal court building in downtown Los Angeles. But the price of Shelby's freedom is high. Within minutes, men posing as police officers kidnap Jane and, when she tries to escape, shoot her.

Jane's captors are employees of the man who really killed Shelby's wife. He believes he won't be safe until Shelby is dead, and his men will do anything to force Jane to reveal Shelby's hiding place. But Jane endures their torment, and is willing to die rather than betray Shelby. Jane manages to escape but she is alone, wounded, thousands of miles from home with no money and no identification, hunted by the police as well as her captors. She must rejoin Shelby, reach his sister before the hunters do, and get them both to safety.

In this unrelenting, breathtaking cross-country battle, Jane survives by relying on the traditions of her Seneca ancestors. When at last Jane turns to fight, her enemies face a cunning and ferocious warrior who has one weapon that they don't. 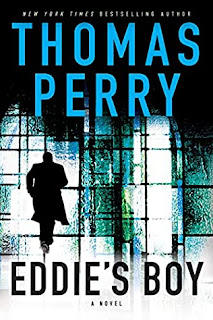 Michael Shaeffer is a retired American businessman, living peacefully in England with his aristocratic wife. But her annual summer party brings strangers to their house, and with them, an attempt on Michael’s life. He is immediately thrust into action, luring his lethal pursuers to Australia before venturing into the lion’s den—the States—to figure out why the mafia is after him again, and how to stop them.

Eddie’s Boy jumps between Michael’s current predicament and the past, between the skillset he now ruthlessly and successfully employs and the training that made him what he is. We glimpse the days before he became the Butcher’s Boy, the highly skilled mob hit man who pulled a slaughter job on some double-crossing clients and started a mob war, to his childhood spent apprenticed to Eddie, a seasoned hired assassin. And we watch him pit two prominent mafia families against each other to eliminate his enemies one by one.

He’s meticulous in his approach, using his senior contact in the Organized Crime Division of the Justice Department for information, without ever allowing her to get too close to his trail. But will he be able to escape this new wave of young contract killers, or will the years finally catch up to him?

As the San Francisco Chronicle said about this Edgar Award-winning series, “The best thing about Thomas Perry’s thrillers are the devilishly ingenious schemes his protagonists devise to outwit their pursuers . . . Perry can really write.”