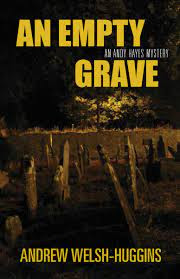 Synopsis/blurb ....
Private investigator Andy Hayes takes the assignment against his better judgment.
In 1979, a high-profile burglar shot a cop, was apprehended, and then disappeared without ever being prosecuted. Forty years later, after the wounded cop’s suicide, his son, Preston Campbell, is convinced there’s been a cover-up that allowed his father’s attacker to go free. At first, Hayes dismisses Campbell’s outlandish conspiracy theories. But when a mysterious Cold War connection to the burglar emerges, the investigation heats up, and Hayes discovers a series of deaths that seem to be connected, one way or another, to the missing criminal. Nothing seems to add up, though, and Hayes finds himself hurtling headlong down a decades-old path of deadly secrets.
In the midst of cracking the cold case, Hayes has another mystery to solve closer to home: What’s been troubling his younger son, Joe, and why is his ex-wife so eager to have the boy out of her house? Further complicating matters, Hayes learns that another private eye, the captivating but inscrutable Hillary Quinne, is also on the trail of the vanished burglar and needs Hayes’s help. As their professional and personal lives blur, Hayes wonders what he’s gotten himself into, and whether he really wants out.
Another new-to-me author in Andrew Welsh-Huggins and a really interesting cold case PI investigation into a cop shooting and the subsequent botched investigation. PI, Andy Hayes' involvement is initiated by the dead cop's possibly paranoid son forty years after the original event. An Empty Grave is the seventh Andy Hayes book. If this one is a fair indicator of the quality of the series, I'm sorry I missed the first six.
I enjoyed the investigation. Initially Hayes is sceptical as to the validity of the allegations. His client's sister attempts to dissuade him from taking the case and fuelling her brother's delusions. Turning over a few rocks, our man discovers others keen to try and track down the man who shot his client's father, a man who supposedly died in a fire a few years back. Hayes gets a gun pointed in his face. The police get involved as well. Someone else is trying to suppress something secretive.
I really enjoyed the mystery here. I was never quite sure what was going to happen next and what direction the book was going to take. Hayes picks up some help during the investigation, but despite a bit of bed-hopping he can't determine if he can trust his new found companion. Are their motives aligned or is he getting played? Is there an East German spy element to the mystery? What does the long ago suicide of a college student have to do with events? What has happened to his client?
I liked the main character. He has a troubled past which is hinted at but it never intereferes with the story. Hayes has a certain notoriety  in Columbus, Ohio. He can't really escape his past. In his present he is also trying to juggle his personal life and maintain a good relationship with his sons. Both are products of broken marriages and one in particular is having a rough time at home. Hayes has more to contend with than just a cold case investigation. 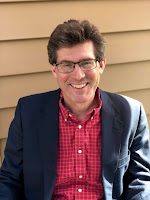 Overall, a decent mystery. I do like books that delve back into the past, and how when things are disturbed they impact unpredictably on the present.
Lots to like here.... pace, setting, character, story and length.
4.5 from 5
Read - July, 2021
Published - 2021
Page count - 264
Source - review copy courtesy of Ohio University Press and Edelweiss - Above the Treeline
Format - Kindle
Posted by col2910 at 02:09