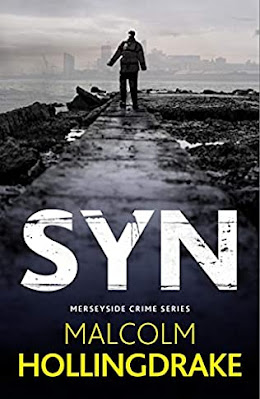 An everyday Friday night out. A few too many drinks.

A few harsh words said. No one was hurt.

Except he didn’t forget. Their threats. How they made him feel…

They must pay - with their lives.

But one will always leave a scar…

A young woman goes missing. She’s done it before, but Detective Inspector April Decent senses this time it’s serious. Can she convince her colleagues she’s right before it’s too late?

My second time with Malcolm Hollingdrake and his Merseyside Crime Series. Catch As Catch Can, the series opener was enjoyed a couple of months ago. Syn features the same investigative team, initially looking into a missing persons case. The case quickly escalates to murder, and within a short period of time - murders plural.
I'm not the world's biggest fan of books featuring multiple murders and a race against time by the cops to prevent further victims, but when I do read them I can get invested if the writing is good and the raison d'etre for the crimes plausible. Here Hollingdrake alternates the narrative so we get a feel for the murderer and his plan, and also the investigation and the steps taken to catch up with him.
I could understand the motive here, though the murderer's response is a bit extreme to say the least. Who hasn't wanted to achieve some measure of retribution for times when we have felt wronged or humiliated? Forgiveness or the ability to forget and move on doesn't always come easily. Not everyone is well-adjusted and balanced, even if they possess the skills and intelligence to plan and plot the downfall of others.
Where Hollingdrake scores high is in the likability of some of his characters. The police team all work well together. There's no testosterone overload or egos battling for attention. They all do their jobs, either researching background details, analysing data - phone records and social media accounts, or the legwork, interviewing witnesses - sympathetic to some, applying pressure to others where they feel cooperation is not totally forthcoming. Some of the detectives are more prominent than others, Skeeter in particular comes to the fore here. Hollingdrake provides enough personal background to make her more than just a cop in the job. I liked the level of care she provided for one of the vulnerable witnesses that was quickly eliminated from the enquiry.
My favourite character though was one of the friends and work colleagues of the women, Carla who went missing in the first instance. Brian aka Carlos was a real sweetie without a malicious bone in his body. His naivety and willingness to trust elevates the tension later in the book.
Overall I really liked the story and while the motive for all that occurred seemed a little weak to me, I was happy enough to go where the author took us. I did find myself trying to second guess things, as some of the characters sucked into the drama had their own secrets to protect, and while they obviously weren't the murderer, they knew more than they were letting on.
Decent pace, a bit of a page turner and an enjoyable setting of Southport, Merseyside. The author shows his love for the area with the local history he effortlessly drops into the narrative. Lots to like.
3.5 from 5 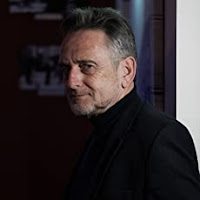 Malcolm Hollingdrake is definitely an author I'd be interested in reading again in the future. Either another Merseyside Crime book (assuming there are more in the series to come), or something from his other Harrogate Crime series.
Read - August, 2021
Published - 2021
Page count - 286
Source - review copy from publisher Hobeck Books
Format - Kindle
Posted by col2910 at 22:54