A couple of late 70s, early 80s books from a series of six by Swiss author, Daniel Odier under the pseudonym of Delacorta. 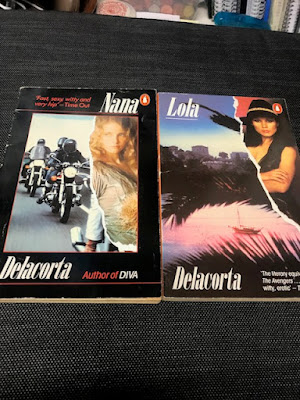 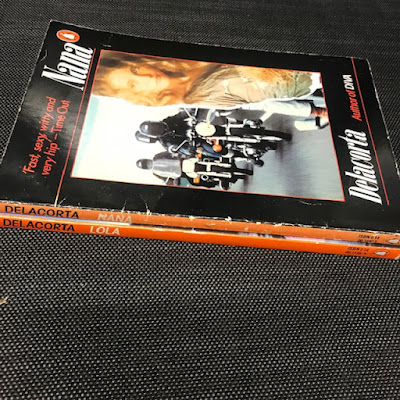 The rest of the series is Diva, Luna, Alba and Vida

From Wikipedia .....Odier is best known for a series of six novels published under the pseudonym 'Delacorta.' The books center around Serge Gorodish, a classically trained pianist with depressive tendencies, and his underage protégée named Alba. The two enjoy an intense romantic relationship (never actually consummated), and embark together upon various confidence schemes and other intrigues. These often result in the death or discomfiture of less sympathetic characters, although Alba and Gorodish themselves appear to be motivated more by their own profit and amusement than by any moral considerations. 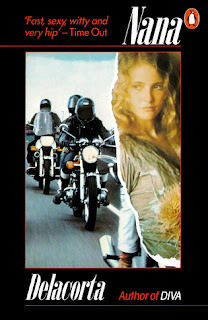 Ripened by thirtenn summers, Alba's body left nothing to fantasy. Busy with her dreams - an appealing combination of kinkiness, kleptomania and pubescent sex - Alba spots Gorodish. Ex-classical pianist and 'special' photographer Serge Gorodish, in retreat from neon-lit corruptions of the city, is taking a 'necessary' rest in a small French town.

In the time it took to get together, the Vampires has busted themselves on death and dope, the vicarage tea party had reached an all-time high (and not on angel cake), and some local dignitaries had, so to speak, exposed themselves. 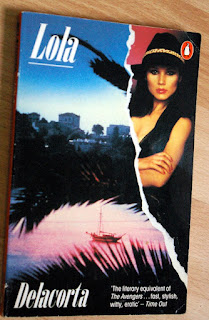 Gorodish had hit on a plan to raise some much needed cash. Advertise.

So Gorodish and Alba (Alba - who caused cars to crash and men to vaporize) set up a company that bought confidential information.

The full-page ads came out. The crank calls came in. But then the phone rang just one more time.

It was a direct line to the most outrageous escapade they had ever become involved in. Singer Lola Black, incandescent queen of hard tock, was missing, and worth a million dollars to the louche duo from Paris.