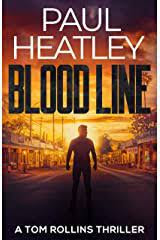 Synopsis/blurb ....
He’s quiet, ordinary looking. But if you cross him – welcome to your worst nightmare.
Tom Rollins has gone AWOL from his CIA black-ops unit and is living off-grid when he hears that the woman he loves, Alejandra, has been murdered by a person or persons unknown.
Rollins is determined to punish her killers and sets out on his own personal search and destroy mission. Applying pressure as only he knows how, he quickly discovers who was behind the killing – a vicious gang of hardened criminals.
Using his dizzying array of lethal skills, Rollins begins to take out the leaders of the gang, one by one. But then he discovers that Alejandra’s murder was part of a larger conspiracy, one that threatens death and destruction on a horrifying scale.
The conspirators are clever and ruthless. They’ve thought of everything, covered every angle. Except one - Tom Rollins.
I'm probably not going to offer anything new in terms of insight or analysis to a book that has already been reviewed overwhelmingly positively nearly 700 times on Amazon UK. I liked it. I've enjoyed the author's work many times before and this one was no different in that respect.
One man, albeit with a little bit of family support, fights back against a group of white supremacists and other more powerful establishment figures who are operating in the shadows. For Tom Rollins, sick of some of the operations he was forced to participate in the service of his country, it's personal initially. His brother's wife, the woman he loved was murdered. His brother almost. Retribution is necessary.
At some point in the tale it turns into a matter of duty and patriotism, or for Rollins having dispensed with such frivolities, just a matter of doing the right thing.
I do like a one man against a machine type book. I liked our main character's personal code and abilities. I enjoyed the complex difficult relationship he had with his brother and less so his father. There's plenty of action, excitement and conflict during the course of the book, but it's supported by a decent storyline. Any book which sees a bunch of racist knuckleheads getting their asses handed to them gets my vote anyway.
Lots to like and I'm looking forward to the second Tom Rollins outing soon - Wrong Turn. Blood Line is Round One. Roll on Round Two..... ding ding. 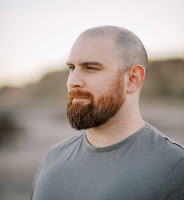