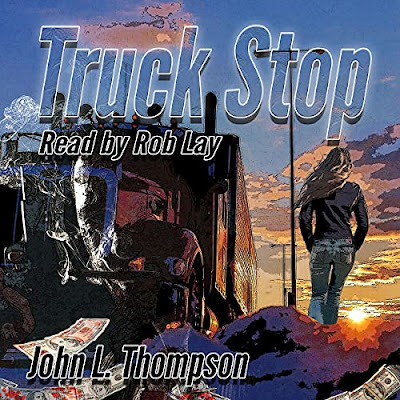 Synopsis/blurb ....
Moriarty, New Mexico, is about as far as Logan Pierce got before the money and the El Camino gave out. He‘d hoped for a clean start in life as a field mechanic working for any company willing to pay top dollar for his skills in the oil fields of West Texas. Low on funds and out of options, he begins a change of course in his mechanic career and takes a local job as a technician at Duggan's Truck Stop.
The truck stop is a miniature city within a city that has all the luxuries for a home away from home feel for the over-the-road truck driver. Under it all, Logan discovers there is also a dark side, which people claim is operated by the Dixie Mafia. Then there is the persistent rumor that affiliates of the Mafia are looking for a quarter-million in missing cash skimmed from over a five-year time frame. The job was meant to be a temporary solution but that was before Amy Hauser entered the picture and presented him with additional problems.
They want nothing more than to leave New Mexico for a new life, but then again…there’s that rumor of a quarter-million in missing mob cash. And Logan just may well have discovered where it’s hidden, but soon finds that some people want it more.
Two word review - not great, sad to say. Others have enjoyed this one more than me and at the end of the day this is just one man's opinion. On Goodreads - 5 people rated it a 5 and 5 people rated it a 4.
From the premise, with a truck stop, the Dixie Mafia, and some missing money this seemed like the kind of book which would be right up my dark alley. Unfortunately, I just didn't vibe it at all. I think it was written in the present tense and it just jarred with me listening to it. I didn't dislike the narrator. His voice, accent, inflections didn't grate. It was just the words coming out of his mouth..... I did this, I did that, then I did something else. Too much detail. Too much information. Too many boring incidents or reflections which didn't advance the story any.
Secondary issues - I didn't really feel anything for the main character. Beat him, shag him, shoot him, kill him, even crucify him. Tumbleweed and indifference. The story itself had some promise, but it was just so slow. I think the book would have benefited by a savage edit, cutting it by about a quarter - at least. 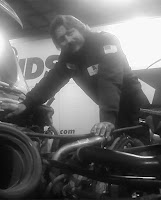 Some exciting moments, but not enough to sustain my interest. There was a romantic angle to the story with Logan Pierce falling for a woman married to a prominent member of the mob. Again it wasn't a thread that especially excited me.
Overall a bit disappointing. I was never minded to not finish the book and in fact I'd be happy enough giving the author another go in the future. I have another book, Monkey Wrench lined up on Audible for another day.
2.5 from 5
Read - (listened to) July, 2021
Published - 2018
Page count - 317 (9 hrs 30 mins)
Source - Audible purchase
Format - Audible
Posted by col2910 at 02:40