A bit of Aussie crime fiction to brighten up anyone's day.... 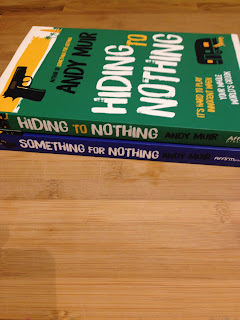 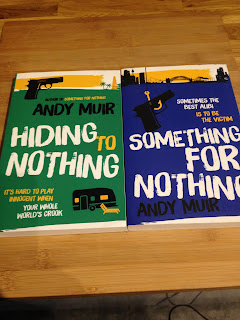 I think the only chance I'm ever going to visit Australia is in my reading.
Andy Muir has written these two interesting looking crime fiction novels. 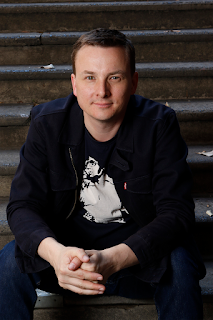 From his bio on Goodreads, he has also written for Neighbours and Home and Away. Can't get much more hard-boiled than that!
Andy Muir is a television screenwriter with credits ranging from Neighbours and Home and Away to comedy series Thank God You’re Here.
As a member of the writing team for the hit franchise Underbelly, crime stole his heart. Nominated for an Australian Writers Guild Award for Underbelly Squizzy, he also adapted that TV series for the novelisation Underbelly Squizzy: The Story of Australia’s First Celebrity Gangster.
Originally from Melbourne, he lives in Sydney. Something for Nothing is his first novel. 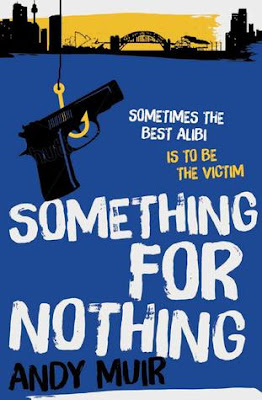 It’s not every day a bloke stumbles on a dismembered torso on Nobby’s Beach.

Lachie Munro is starting to feel like he’s is a magnet for trouble. The day before he fished a giant haul of heroin out of his favourite abalone poaching spot near Newcastle.

There’s a better than even chance that the two are connected and he should leave well enough alone.

But the opportunity to clear his gambling debt and get ahead of the game is too good to pass up.

But how do you sell several kilos of heroin? It’s not like drug dealers are listed in the Yellow Pages. And what happens when the owners come looking for their missing package? Is the torso a warning to anyone thinking of crossing them?

Now a person of interest to the police, Lachie needs to stay one step ahead of them, a local bikie he’s managed to insult, play off a big time dealer from Sydney, placate the neighbour’s labrador, Horace, and win the heart of the gorgeous new Fisheries Officer he’s fallen for. Or will he discover that getting into the gun sights of the crooked, the dodgy and the downright shady characters of Newcastle and beyond is more than a man can handle.

But, if Lachie can pull it all off, he might just get Something for Nothing. 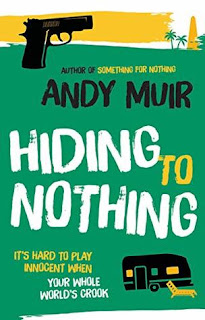 Lay low, stay out of trouble and don’t get pulled over. It was probably the best advice I’d ever had.

How long until I ignored it?

All Lachie Munro wants is a quiet life in sunny Newcastle. But Lachie and quiet don’t seem to get along.

When Lachie’s estranged dad, Terry, turns up fresh out of prison, he’s packing more than the usual family baggage. Suddenly there are two murderous goons on Lachie’s doorstep and the police are paying him special attention. But Terry’s on the hunt for a long-lost fortune, and he won’t be leaving Newcastle – or Lachie – without it.

Hiding to Nothing is the next caper from the master of beachside noir, Andy Muir, a wild ride driven by brilliant characters and fast-paced dialogue.

The underworld has never been so much fun.