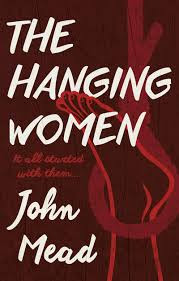 Jack Stevens discovers the bodies of two women, Philomena Blackstaff and Mary Walsh, tied together and hung by their ankles in a position resembling the symbol for treachery as depicted on tarot cards. Though retired and now wealthy, Stevens is an ex-sheriff and involves himself in the subsequent investigation.

As a result of Jack ‘stealing’ Philomena’s diary and his association with the Pinkerton detective agency, it is discovered that Mary Walsh worked undercover for the Pinkertons, investigating the Knights of Labour (the fastest growing workers’ rights movements in America of the late 1800’s). The women had been working together, tracing the man who was selling guns and dynamite to the more extremest factions of the workers movement. This led them to Ruby’s, a secret ‘nightclub for deviants’, where Stevens and Inspector O’Leary believe the pair fell foul of the man they were looking for, gang leader Joseph Mannheim.

With the May 4th Haymarket riots and bombings looming, Stevens must uncover the truth about The Hanging Women before it’s too late.

I'm not the world's biggest fan of historical mysteries but was pleasantly rewarded when taking a punt on this book from John Mead.

Set in mid-1880s Chicago, a couple of women are discovered strangled and hanging upside-down in the dock area. The man who discovers the bodies, Jack Stevens is an ex-lawman and our main character, as he effortlessly inserts himself into the investigation.

I quite enjoyed the investigation of the murders, with the back-drop of a period of social unrest in Chicago. We have the involvement of the Pinkertons, some competing criminal gangs, some rich and influential Chicagoan families and the growing influence of a worker's rights movement. I must admit, at times I was slightly confused by the number of characters introduced to the fray, with their rivalries and connections with each other. Most of them had history with Stevens or his wife, Martha.

Stevens himself is a larger than life character, at times more interested in his next glass of whisky, as he is in bringing the culprits to task. He's a borderline alcoholic, prone to blackouts and memory loss, unfaithful, fearless, intelligent, loyal and foolhardy. His past history as a lawman, earns him respect from the detective leading the investigation. Hostility with one of the Pinkerton agents involved in the case, also adds a bit of flavour to the mix. Not everyone is Jack's biggest fan. At times, just when you think Stevens is a lush and incapable of functioning properly, he surprises you with his insight and ability to acquire useful information. Not a man to be under estimated. 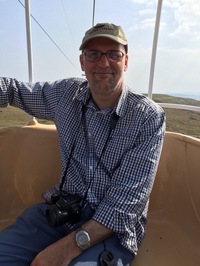 Plenty of drink, a dash of politics, family tensions, grief and loss, a bit of bible-thumping, a visit or two to a house of ill-repute, a jewel robbery, some inter-racial same gender exhibitionism, some cross-dressing and infidelity, a Russian lothario, inevitably some additional crimes and an increasing body count and a low-speed pursuit on horseback, before a climactic gunfight to rival that at the OK Corral. Lots to like.

Ticks in a lot of boxes and quite a quick read once I got into it.

The Hanging Women is John Mead's debut novel. I'd be interested in reading more from him in future, time allowing.