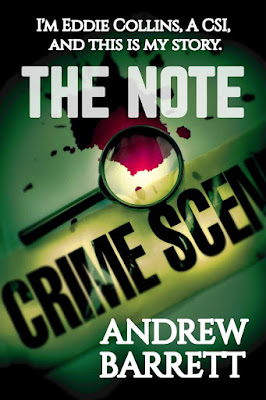 Have you ever had that feeling of being watched but when you turn around no one's there?

It was raining, and I was working a murder scene around midnight when that prickle ran up my spine. If I’d listened to that feeling, if I’d thought back to my past, maybe I could have prevented the terror that was to come.

Back at the office, I found a death threat on my desk.

I had no idea who sent it or why they wanted to kill me.

But I was about to find out.

I’m Eddie Collins, a CSI, and this is my story.

Another Eddie Collins short-ish story from author Andrew Barrett after reading The Lift earlier this month. Longer than the last one, more detailed and with a bit more depth to the main character I liked it.

Collins processes a crime scene, has a row with the attending officer, recognises the victim and gets unnerved by a death threat back at his office. A short journey home to his isolated cottage, a cautious approach - but not cautious enough with an immediate ambush. Eddie starts to fear the death threat - Your going to die tonight - might be about to come true.

Domestic violence, a complaint, murder, mental health issues, familial problems, a gun, a bite or two, an old girlfriend, a trip down memory lane, a violent confrontation, a kettle lead, no coffee, some dodgy plumbing, a familiar but unwelcome police presence, some butting of chests, an armed response unit, a knife, more bloodshed, a taser and a relaxing cigarette.

Lots going on, a fast pace, some inner dialogue and humour, a decent story line, lots of connections between characters and events without being overly coincidental and a decent pay off at the end. 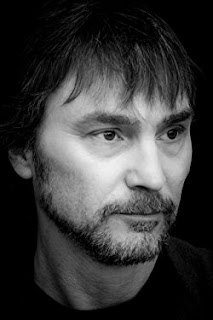