Wind back Wednesday and another couple of books from nearly 40 years ago and author Stephen Greenleaf. 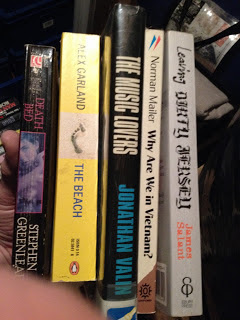 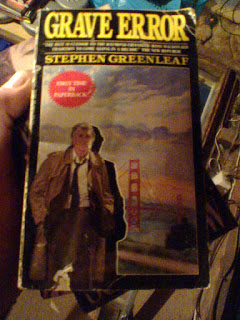 They're a couple of PI novels from San Francisco in the late 70s, early 80s. I’ve enjoyed more than a few from another San Franciscan PI series – Bill Pronzini's Nameless, so I’ll be interested to see if Greenleaf and Tanner give him a run for his money. 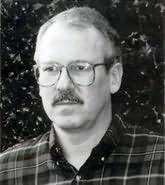 There’s 14 books in the series in total, with Ellipsis the last one published in 2000. Greenleaf also has a handful of non-series books to his name.

There's an interesting article on the series over on The Thrilling Detective Web Site .....
Death Bed, in particular, has always struck me as one of the most powerful P.I. novels I've read, and the murderer's M.O. is one of the nastiest imaginable. 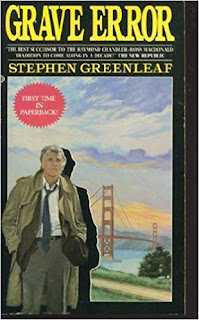 When her husband begins acting strangely, the wife of a famous legal crusader hires San Francisco P.I. John Marshall Tanner to find out why. Tanner is convinced the case is a simple matter of blackmail. Certainly a man like Roland Nelson has made his share of powerful enemies in a career devoted to exposing fraud and corruption among the mighty.

But Tanner's investigation soon takes a tragic and personal turn. Suddenly Tanner finds himself on a trail of buried secrets, frustrated passions, and smoldering revenge as he races to stop a killer. 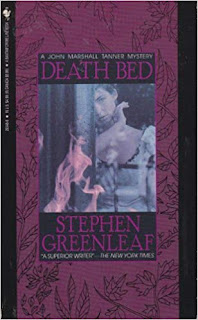