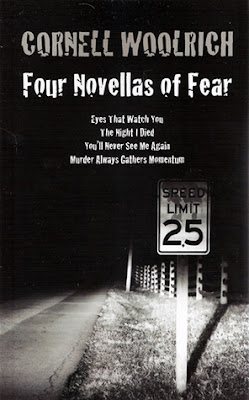 Cornell Woolrich, best known as the author of Rear Window, is unsurpassed in his ability to create and sustain sheer suspense. In his tales of terror, ordinary people find themselves in the most extraordinary circumstances and, as readers, we share their spine tingling tension every step of the way. Here, collected for the first time, are four of his most nail biting novellas.

Eyes That Watch You

Greedy Vera Miller plots her husband’s murder right under the nose of her mute, paralyzed mother-in-law. After all, the old lady won’t be able to tell anyone about the crime. Or will she?

The Night I Died

Nice guy Ben Cook, goaded by his scheming common-law wife, fakes his own suicide and moves to another town—all to trick his life insurance company into making a large payout. No one en route or at the new address will recognize him, will they?

Ed Bliss’s new bride, miffed by her husband’s insults about her biscuits, promises that Ed will never have to see her again—and storms out! When she doesn’t return within a few days, Ed begins to suspect foul play—but when he reports the crime to the police, he’s the first one they suspect!

For his wife’s sake, Dick Paine approaches a former employer for back wages he is owed—but things go terribly wrong and the old boss ends up dead. Now the guilt-ridden Paine, who’d never before committed a crime, is convinced that people will figure out what happened. As his paranoia gathers momentum, anyone he meets is at risk of becoming his next victim.

A collection published in 2010, but all the stories were from the 30s and early 40s. I've not read anything from Cornell Woolrich before and was pleasantly surprised. I really enjoyed these - a helluva lot more than I was expecting to.

My favourite was You'll Never See Me Again. A newly wed couple have a row over her biscuits, harsh words are exchanged, pride gets in the way and the wife walks out. Anger, turns to regret and worry. The wife has vanished. A visit to the parents, a few odd incidents, a report to the police, a frenzied car journey or two, a race against time, and a sort of happy ever after. Humorous to begin with, followed by ratcheting tension. I liked how seemingly innocuous details in the story, acquired significance later on when the puzzle is resolved.

Eyes That Watch You was clever. Murder is planned in front of a helpless witness. The woman is paralysed and unable to speak, she hears her daughter-in-law plot to kill her son with her lover. An event which happens. Patience, intelligence and respect all play a part in bringing justice to bear.

Murder Always Gathers Momentum read a bit like one of Dahl's Tales of the Unexpected with the twist at the end. A couple of incorrect assumptions and a lack of bravery lead a good man to make a wrong choice and the end result is murder; with an ever-increasing sense of paranoia and an escalation as events spiral out of control. One death begets another and another. The final twist is just one more nail in our protagonist, Dick Paine's coffin - a somewhat ironic nail.

An insurance scam, a faked suicide, a plotting, calculated wife, an unfortunate meeting, an untimely newspaper report - crime doesn't pay in The Night I Died.

I liked Woolrich's writing. I wasn't too concerned about figuring out how things would get resolved at the end of each story, I was content to enjoy the ride and see where the author took me. I enjoyed the fact that the resolutions to the stories were varied. There's a couple where there is a happy ever after of sorts, but no actual fairy tale ending. A loved one has died, loss is endured and justice is delivered to the perpetrators. The outcome is as good as it gets. In the other two, a couple of ordinary Joes discover the hard way that breaking the law can have some harsh outcomes. An event, an unintended consequence, some panic and some poor choices from which there's no turning back. 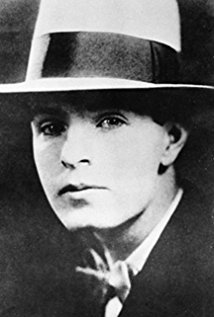 Cornell Woolrich was fairly prolific during the 20s, 30s and 40s. He also wrote under the names George Hopley and William Irish. He died in 1968.

I have a couple of his novels on the pile, which I'm looking forward to with a bit more enthusiasm than before - The Bride Wore Black and I Married a Dead Man.