I have a bad habit of buying books and never reading them. I cannot hand on heart recall when I last read any Italian crime fiction though it's not for lack of opportunity.

I've read Carlotto previously, before the advent of the blog - The Fugitive - which may be a true biography or a ficitionalised account of his incarceration by the Italian justice system.


Massimo Carlotto has been described as "the reigning king of Mediterranean noir" (Boston Phoenix), "more noir than even the toughest American noir" (Josh Bazell, author of Beat the Reaper), "about as gritty as they come" (The New York Times), and "the best living Italian crime writer" (Il Manifesto). Here, making his American debut, is Carlotto's most famous and beloved serial character: ex-con turned private investigator Marco Buratti, a.k.a The Alligator.

Closing the door on a crime ridden past, Marco Buratti plans to spend the rest of his days in the darkness of a seedy nightclub sipping Calvados and listening to the blues. But things don't quite work out as he planned: though he may be through with his past, his past isn't through with him. When his gangster friend, Beniamino Rossini's girlfriend is kidnapped, Buratti is forced to investigate a case of international drug dealing. He will be thrown headfirst into the underworld he had struggled to escape. Here, new and old criminal organizations collide and innocent bystanders are as hard to find as straight cops.

Marco "The Alligator" Buratti is not only one of the most fully realized characters in contemporary crime fiction but also the ideal vivisector of a world in which criminals hold all the cards.

Not tried Lucarelli's work yet, though there's a couple on the pile.

April 1945, Italy. Commissario De Luca is heading up a dangerous investigation into the private lives of the rich and powerful during the frantic final days of the facist regime. The hierarchy has guaranteed De Luca their full cooperation, just so long as he arrests the "right" suspect. The house of cards built by Mussolini in the last months of WWII is collapsing and De Luca faces a world mired in sadistic sex, dirty money, drugs and murder.


An intense and superior psychological thriller in which Carofiglio takes his readers deep into Patricia Highsmith's Ripley territory. Winner of the coveted Premio Bancarella.

1989, Bari, southern Italy. Giorgio is a 22 year old model student, living a conventional middle-class life. Dangerous, fascinating and slightly older Francesco is also a student, but far from a model one. Giorgio is only vaguely aware of Francesco until one evening their paths cross and Giorgio is sucked into Francesco's world.

Giorgio becomes Francesco's pupil and learns to cheat at cards. In return, he will get lots of money, sexual adventures, luxury. Their gambling exploits take them from luxurious villas to low dives, their victims ranging from rich industrialists to human flotsam. Giorgio enters a world where his own image of himself starts to fragment, revealing someone he no longer recognizes: someone who both scares and attracts him.

Meanwhile, Lieutenant Chiti of the carabinieri is investigating a series of brutal rapes in Bari. A shocking dénouement draws together the two strands of the story in a wholly unexpected way and brings a catharsis for both Giorgio and Lieutenant Chiti.

Another author, I've tried before with the first in his Montalbano series read a good few years back.

Inspector Salvo Montalbano, with his compelling mix of humor, cynicism, and compassion, has been compared to Georges Simenon's, Dashiel Hammett's, and Raymond Chandler's legendary detectives.

In this latest novel, Montalbano's gruesome discovery of a lovely, naked young woman suffocated in her bed immedi-ately sets him on a search for her killer. Among the suspects are her aging husband, a famous doctor; a shy admirer, now disappeared; an antiques-dealing lover from Bologna; and the victim's friend Anna, whose charms Montalbano cannot help but appreciate. But it is a mysterious, reclusive violinist who holds the key to this murder.


Batting 0 from 3 with Ammaniti. Bought three and promptly forgot about them.

In swampy Ischiano Scalo, where the adults are all losers and the children dream of escape, meek little Pietro is tested to destruction by the school psychopath, and is betrayed by his parents, his favourite teacher and, in his most self-fulfilling act, himself. As Pietro struggles against the bullies and revels in his friendship with Gloria (the prettiest and richest girl for miles), his lonely teacher, Flora, devotes herself to her catatonic mother, until Ischiano's one glamorous son returns to seduce and forget her. In the painful aftermath, Pietro's attempts to escape his own crushing sense of failure lead him to destroy everything he holds dear in one futile moment of hurt and anger. Through the eyes of a desperate boy and a self-aggrandising small-town Don Juan, Ammaniti gradually reveals his cast of grotesques, from idiot policemen to self-obsessed would-be starlets, terrified headmasters to lustful janitors. With charm and irony, he exposes the grand dreams and sad realities of these ordinary people living extraordinarily ordinary lives.

Only published novel I can see from this author, which given my reading track record is probably just as well.

Leila is young, beautiful and a hustler. She makes her living drugging and robbing her clients - before or after bed, whichever is easier. Things get complicated when she ends up with a document at the centre of a plot of political blackmail. In an atmosphere of intense paranoia two secret service operatives, a goon hired by the blackmailer and the police all pursue Leila for the document and a suitcase full of dollars meant to be the pay-off. She joins forces with Francesco, a bus driver and gambling addict on the run from the Bear, a terrifying debt collector. Suitcases and blackmail notes change hands at a frenetic pace against a background of torture and murder. 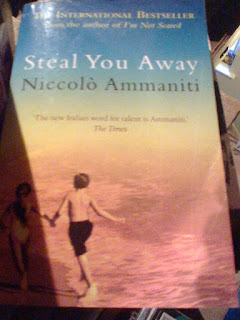 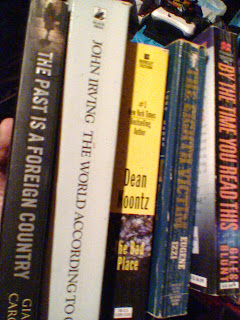 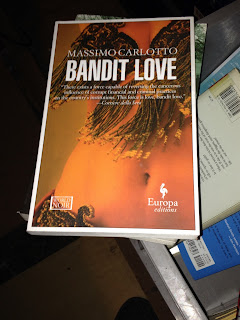 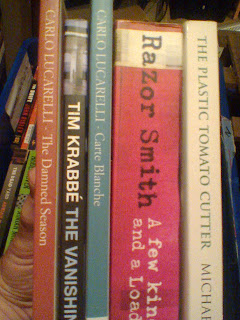 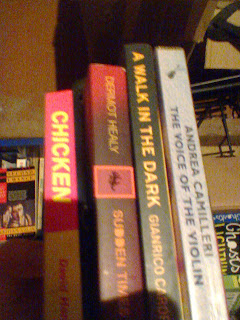 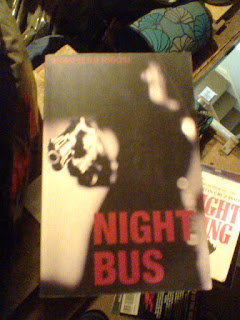