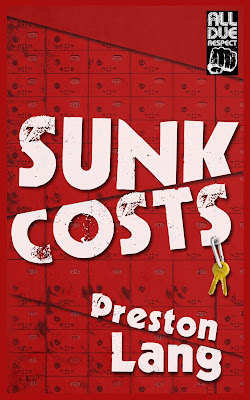 Dan is a con man and a drifter just looking for a ride east. A strange woman in a business suit picks him up on the highway, and soon they’re going 70-miles-an-hour and she’s got a gun pointed at his head. Instead of shooting him, she hits him with a proposition to make some fast money. Against his better judgment, Dan sneaks into her office and steals the key to a safe deposit box. He thinks he’s made a clean getaway until he’s stopped on the way out by Kate, a sultry accountant who knows something is up and is looking for a way in on the score.

Kate offers Dan a better deal, and the two figure out a way into the box. But there’s no money inside. What they do find is enough to track down a shady photographer who holds the promise of even more treasure. But deception, misdirection, and murder keep Dan on the run, as he begins to realize that Kate the office drone is not what she seems, and the lady on the highway who he double-crossed may be the most dangerous criminal he’s ever met.

Sunk Costs is the third book I’ve read and enjoyed from author Preston Lang. His debut The Blind Rooster was amazing and his second novel, The Carrier pretty damn good. Sunk Costs is his fourth and didn’t disappoint.

A con man, Dan meets a couple of like minded souls during the course of Sunk Costs, trading up one crazy lady with a proposition for a score for another slightly less deranged model, Kate and a better slice of the cake.

Steal a key, impersonate a dead man, access a safety deposit box and home free. If only life was that simple. Inevitably complications arise. There's no fortune in the box, just a further puzzle to solve.

Chuck in the unwelcome appearance of a couple of additional parties claiming rightful ownership of the missing money and prepared to back their claims with violence, with crazy lady number one hovering in the background and some ongoing trust issues with Kate and Dan has his work cut out coming out ahead.

A fast pace, an easy languid style of writing, a great story, a shady character or three, some sprinklings of brevity throughout with a couple of scenes which made me chuckle. One in particular with Dan thinking on his feet and persuading the overly helpful neighbour not to assist with demolishing the non-existent wall in front of the bathroom, still cracks me up thinking about it.

Not overly long - less than 200 pages of prose - just about perfect length for me. A great main character, Dan with not much of a back story,  just enough to show us he's been around the block a couple of times. A satisfying resolution - it couldn't really have ended any better in my opinion. 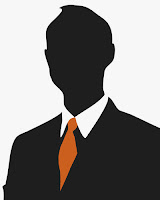