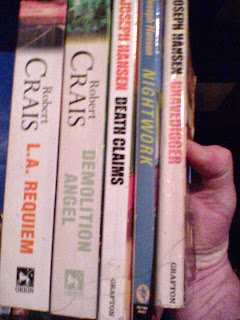 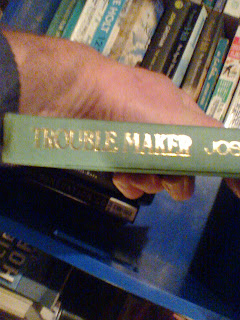 The first - Fadeout was published in 1970 with the others following at regular intervals up to the early 90s.

Hansen according to Fantastic Fiction website wrote about 40 books in his lifetime, but only 20-odd are listed on the site. He died in 2004. 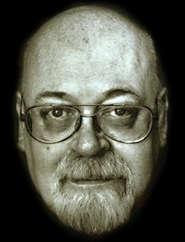 His full Brandstetter series is as follows....

Fadeout is the only one I've read to date and it was enjoyed back in 2013. Thoughts here. Not sure why I have left it nearly five years to give him any thought.

I think the series has recently been republished for Kindle for anyone who likes the sound of these and doesn't fancy tracking down dog-eared old paperbacks. Me, I kind of like them. 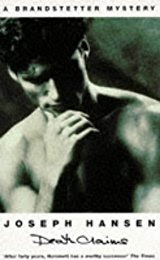 After forty years, Hammett has a worthy successor' The Times

Dave Brandstetter stands alongside Philip Marlowe, Sam Spade and Lew Archer as one of the best fictional PIs in the business. Like them, he was tough, determined, and ruthless when the case demanded it. Unlike them, he was gay.

Joseph Hansen's groundbreaking novels follow Brandstetter as he investigates cases in which motives are murky, passions run high, and nothing is ever as simple as it looks. Set in 1970s and 80s California, the series is a fascinating portrait of a time and a place, with mysteries to match Chandler and Macdonald.

John Oats is dead; drowned in the treacherous waves of the Pacific. But was it accident, suicide, or murder? Between the mysteriously absent son, the bitter ex-wife and the current lover, there are plenty of people with reason to lie to Dave about what really happened that night - and why. 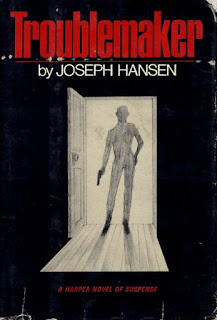 Rick Wendell never made an enemy in his life, but he died all the same; and Larry Johns was found standing over him with the gun in his hand still smoking. Only Dave can't see it as an open-and-shut case - what was Johns' motive? What happened to the cash Wendell withdrew that day? As his investigation progresses, he comes to realise the danger of assumptions, particularly where love and money are involved.