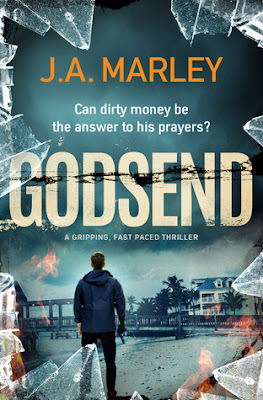 Looking for page-turning action and well-placed suspense? Then you'll love the unmissable Godsend.

It has been eighteen months since Danny Felix pulled off the robbery of his life.  His plan brought London to a standstill, but at a heavy price.

Now, living a quiet life running a charter fishing business in the Florida Keys, Danny is trying to come to terms with the death and destruction he had unwittingly unleashed. However, the low profile is beginning to wear thin and he soon starts to crave the adrenalin rush of his former criminal ways.
Little does he know that three very different women are about to enter his life and turn it upside-down. Soon Danny finds himself right back in the action.

But why has he been chosen? And does he have the appetite to pull off another job where the stakes are so lethally high?

A stop – start stop - start read for me having initially picked it up when in the throes of a house move. Eventually when I got back into it I quite liked it overall.

Our main man is Danny Felix and he’s living an off the grid existence in Florida. Little gifts on his doorstep inform him that his presence and location is known and that his tranquil life in the slow lane (if we ignore the ever increasing panic attacks) is at an end.

Thieves re-united, Danny is sucked back into the game and before too long is planning on taking down a bunch of holy rollers and a drug cartel (sort of with their consent) and levelling the score with Harkness, a nemesis from the London days.

Cross, double-cross, triple cross, seventy year old strippers, a sympathetic priest, an inquisitive and seductive Hispanic police officer, an evangelist with a predilection for kinky pain and some political aspirations, our holy roller’s wife June, who offers more than just the missionary position, Harkness – a reluctant partner, but with trouble brewing between them on the horizon, a trusted Irish lieutenant, an alluring but dangerous drug boss, money laundering, skimming, fishing, BBQ,  confession, anxiety, romance, secrets, sex, dancing, ambition, friendship, guns, a kidnap, a heist, lunchtimes with happy endings, past history and a final reckoning.

Fast-paced once I let the book rip. Lots of angles being played and deception not too far from the surface. The book continually refers back to earlier events in the author’s previous work Standstill which introduced Danny Felix. I wouldn’t say not having read Standstill was a hindrance to my enjoyment, but it may have somewhat spoiled things for me if I do eventually read the series ass-backwards.

Decent characters, dialogue and action, with plenty of humour and banter – it’s not a book that takes itself too seriously. It’s not without a few darker moments though as the story unfolds and approaches the climax. I like reading about robberies and scams more than murder and this offered plenty by way of entertainment. The Florida setting was another plus. If there’s a third Danny Felix book on the horizon – deal me in. 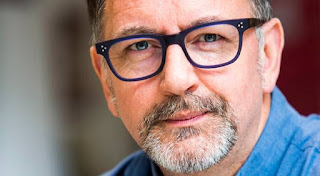